The Fence and Ambulance: The social and spatial contact zones of urban hospitals 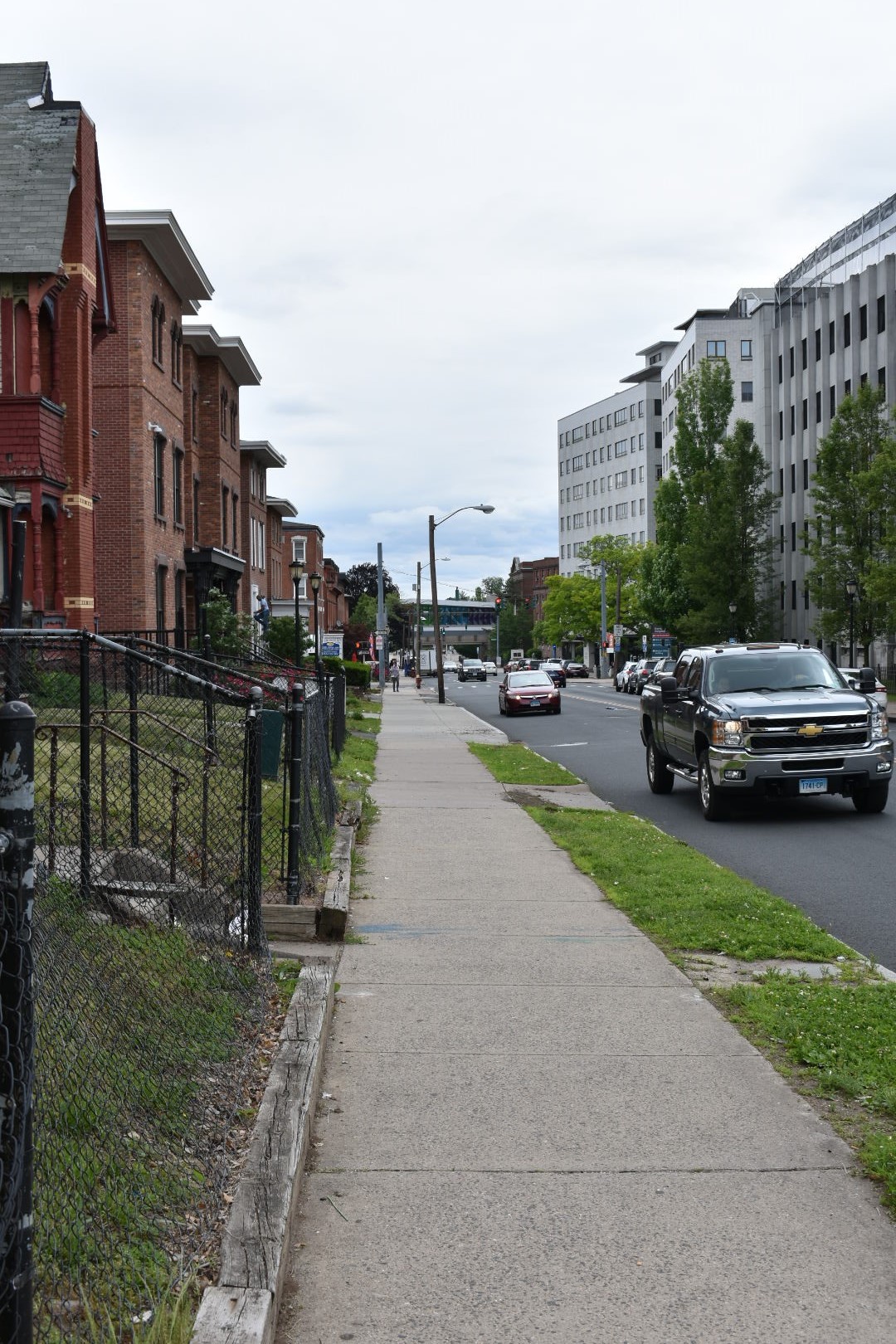 Laura Lawson is Professor of Landscape Architecture and Dean of Academic Programs in the School for Environmental and Biological Sciences at Rutgers University, New Brunswick. She has a B.A. in Environmental Studies from the University of California, Santa Cruz and an MLA and Ph.D. from the University of California, Berkeley. Her research includes historical and contemporary community open space, with particular focus on urban agriculture and the changing roles of parks in low-income communities. She is author of City Bountiful: A Century of Community Gardening in America (Berkeley: University of California Press, 2005) and co-author of Design as Democracy: Techniques for Collective Creativity (Washington DC: Island Press, 2017), Greening Cities, Growing Communities: Urban Community Gardens in Seattle (Seattle: University of Washington Press, 2009), as well as of numerous publications in academic journals, edited books, and popular media. She is currently working filmmaker Will Atwater on a collaborative project, Cultivating Justice, to develop a multi-media website that explores African American values and experiences in rural and urban agriculture.  At Rutgers, Professor Lawson teaches courses focused on social and cultural issues in design and planning. 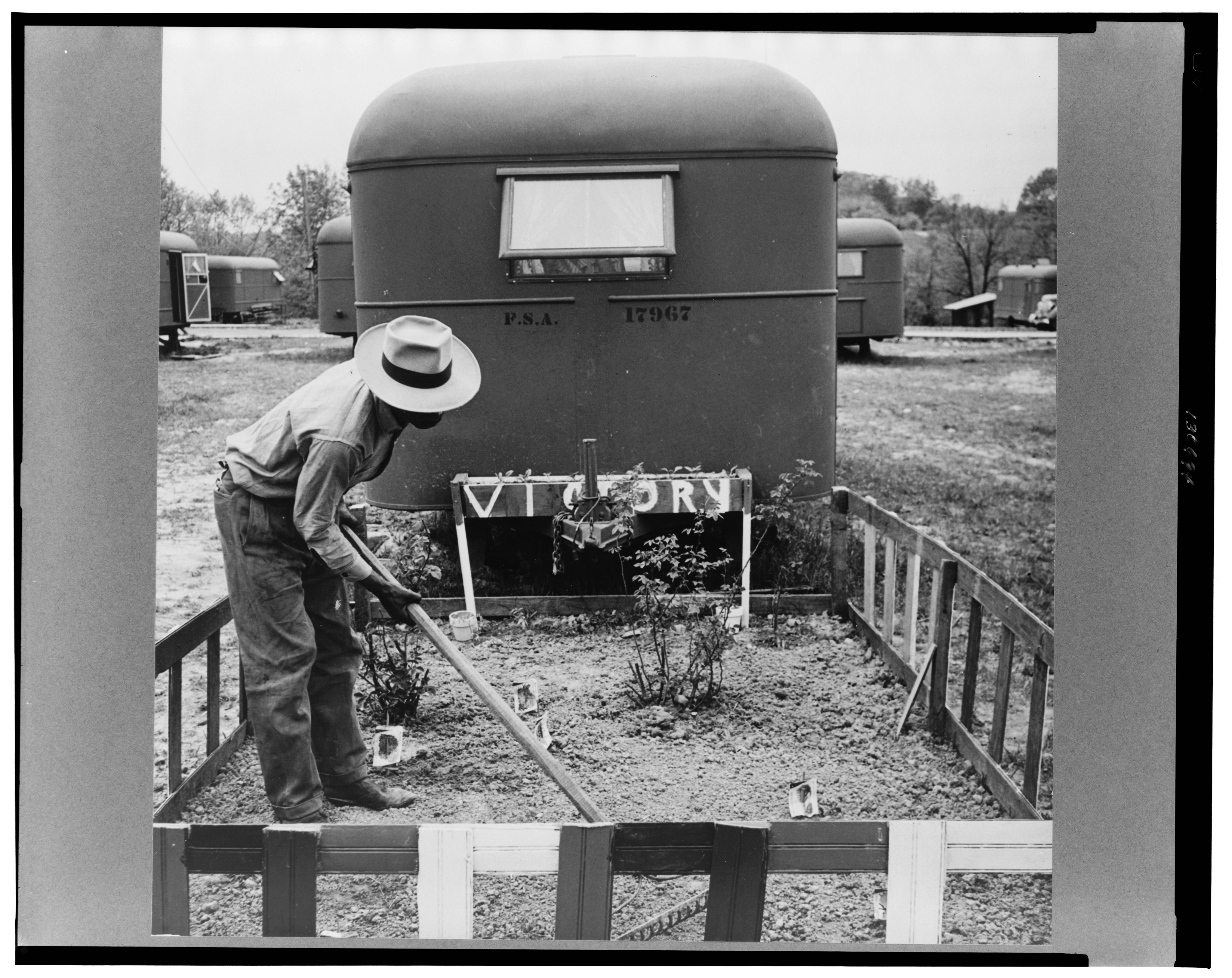 Town Ecology: For the Land of Towns and Villages

Richard T. T. Forman is often considered a “father” of landscape ecology and also road ecology, helps spearhead urban ecology, and recently pioneered town ecology.  His primary scholarly interest links science with spatial pattern to interweave nature and people on the land.  Other research interests include changing land mosaics, conservation, and land-use planning.  With a Haverford College B.S., University of Pennsylvania Ph.D., and two honorary doctoral degrees, he now teaches ecology in the Harvard Graduate School of Design and formerly also in Harvard College.  He taught at the Escuela Agricola Panamericana, University of Wisconsin and Rutgers University, and received the Lindback Foundation Award for Excellence in Teaching.  He served as President or Vice-President of three professional societies, and has received honors/awards in France, Colombia, England, Italy, China, Czech Republic, Australia, and the USA.  Internationally, he deciphers spatial patterns from cities to wilderness, and catalyzes the spread of ecological ideas and applications for society.  Professor Forman has authored numerous articles; his books include Landscape Ecology (1986), the award-winning Land Mosaics (1995), Landscape Ecology Principles in Landscape Architecture and Land-Use Planning (1996), Road Ecology (2003), Mosaico territorial para la region metropolitana de Barcelona (2004), Urban Regions: Ecology and Planning Beyond the City (2008), award-finalist Urban Ecology: Science of Cities (2014), and Towns, Ecology, and the Land (2019).

In response to predominantly local and private approaches to landscape change, I suggest in this talk a greater focus on the multiscalar influences on landscape design. Specifically, I explain my governance framework for Nassauer and Opdam’s “Design in Science” model. The objective of the framework is to create an approach for examining hierarchical constraints on landscape design in order to investigate linkages among urban greening initiatives, patterns of landscape change, and the broader societal values driving those changes. It aims to provide an integrative and actionable approach for landscape sustainability science. The framework is examined through an ethnographic study of public policy processes surrounding the urban tree initiatives in Boston, MA; Philadelphia, PA; and Baltimore, MD. These initiatives demonstrate the impact of political and economic decentralization on urban landscape patterns. Their collaborative governance approach incorporates diverse resources to implement programming at a fine-scale.  The predominant tree giveaway program fragments the urban and regional forest. Spatial and temporal fragmentation undermines the long-term security of urban greening programs, and it suggests reconsideration of the role of state regimes in driving broad scale spatial planning.

Katherine Foo is an ecological designer and urban geographer who is passionate about design for urban ecology, civic empowerment, and ecological democracy. She possesses a longstanding commitment to community-engaged visual methods in landscape design and social and environmental justice in urban governance. Katherine has published in Landscape Ecology, Landscape and Urban Planning, Cities, and Geoforum, among other outlets. She received her PhD in Geography from Clark University, MLA and MS in Sustainable Systems from the University of MIchigan, and BA in Poverty Studies from Williams College. 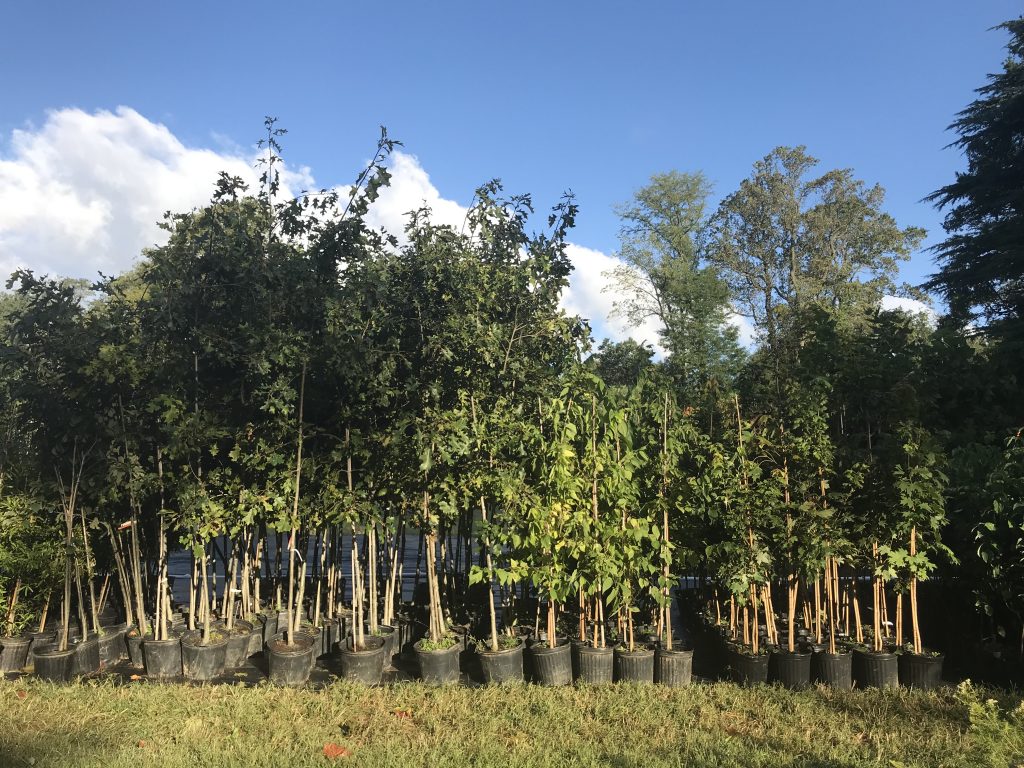 Defining Resiliency: envisioning an equitable future in light of climatechange

Deborah Helaine Morris is an urban plannerfocused at the nexus of climate change and social equity. Most recently, as the Executive Director of Resiliency Policy, Planning, and Acquisitions at the NewYork City Department of Housing Preservation and Development, Morris created anew team, focused on the development of policy and programs to lead aggressiveclimate change adaption in affordable housing with a focus on flood riskmitigation. This work includes the development of flood resiliencystandards for new affordable housing in waterfront communities; long-termcommunity planning initiatives, including the creation and implementation ofthe Resilient Edgemere Community Plan; and the management of a $90-millionproperty buyout program. Deborah is currently a Loeb Fellow at the HarvardGraduate School of Design.

She received a Master’s in City Planning and Urban Design fromMassachusetts Institute of Technology and a Bachelor of the Arts from theUniversity of Michigan.

This lecture is co-sponsored with the Department of Architecture.

Brice Maryman PLA, FASLA, LEED AP advocates for landscape architecture's vital role in confronting today's environmental and civic challenges. Growing up near Washington DC and watching protests on the National Mall, Brice was inspired by the public realm's capacity to reshape our society, an ethos and aspiration that he brings to all of his work. He was recently awarded the Landscape Architecture Foundation’s Innovation and Leadership Fellowship where he studied the intersection of homelessness and public space. Through collaboration with clients, Brice studies and reveals hidden site histories to remake places that are authentically fitted to and reflective of their communities. His award-winning work has been featured in numerous publications, and Brice is a frequent public speaker and communicator. 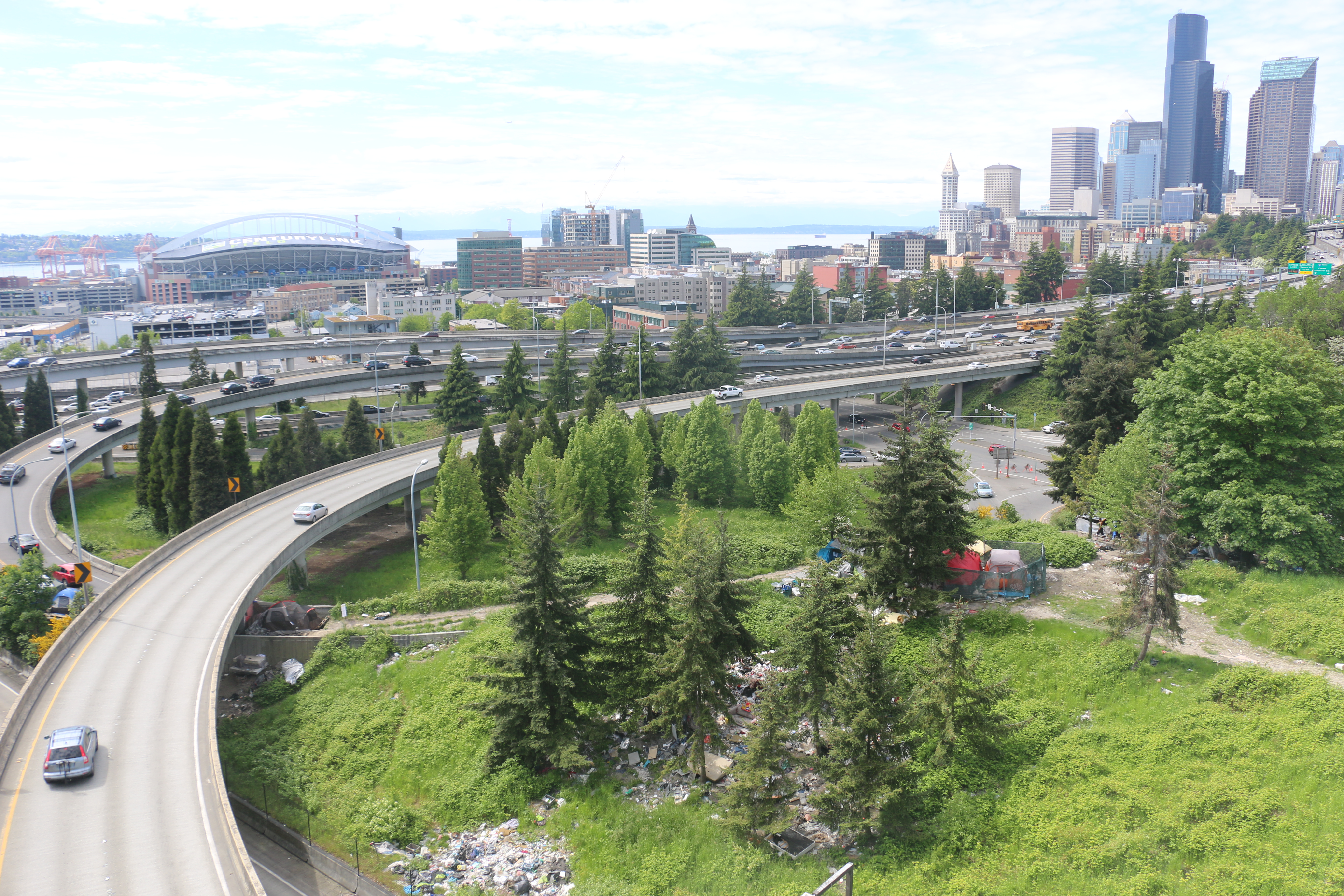 Her scholarly work focuses on legal policy reform and enforcement theory.  Professor Steiner’s current research focuses on the historical development of, and normative approaches to, cannabis law and policy.  She has a particular interest in the use of social media to advance knowledge building.  Her scholarship has appeared in numerous journals, including the William and Mary Environmental Law and Policy Review, Santa Clara Law Review, Marquette Law Review, Environmental Law Reporter, ABA Energy Law Journal, and the New York Law Journal.

Professor Steiner is a frequent lecturer, and has been cited in the media for her expertise on cannabis law, including appearances on New England Public Radio, in WalletHub’s “Most Fun States in America” and in the Springfield Republican. Professor Steiner has also lectured and been quoted extensively about cannabis, environmental, and tort law. 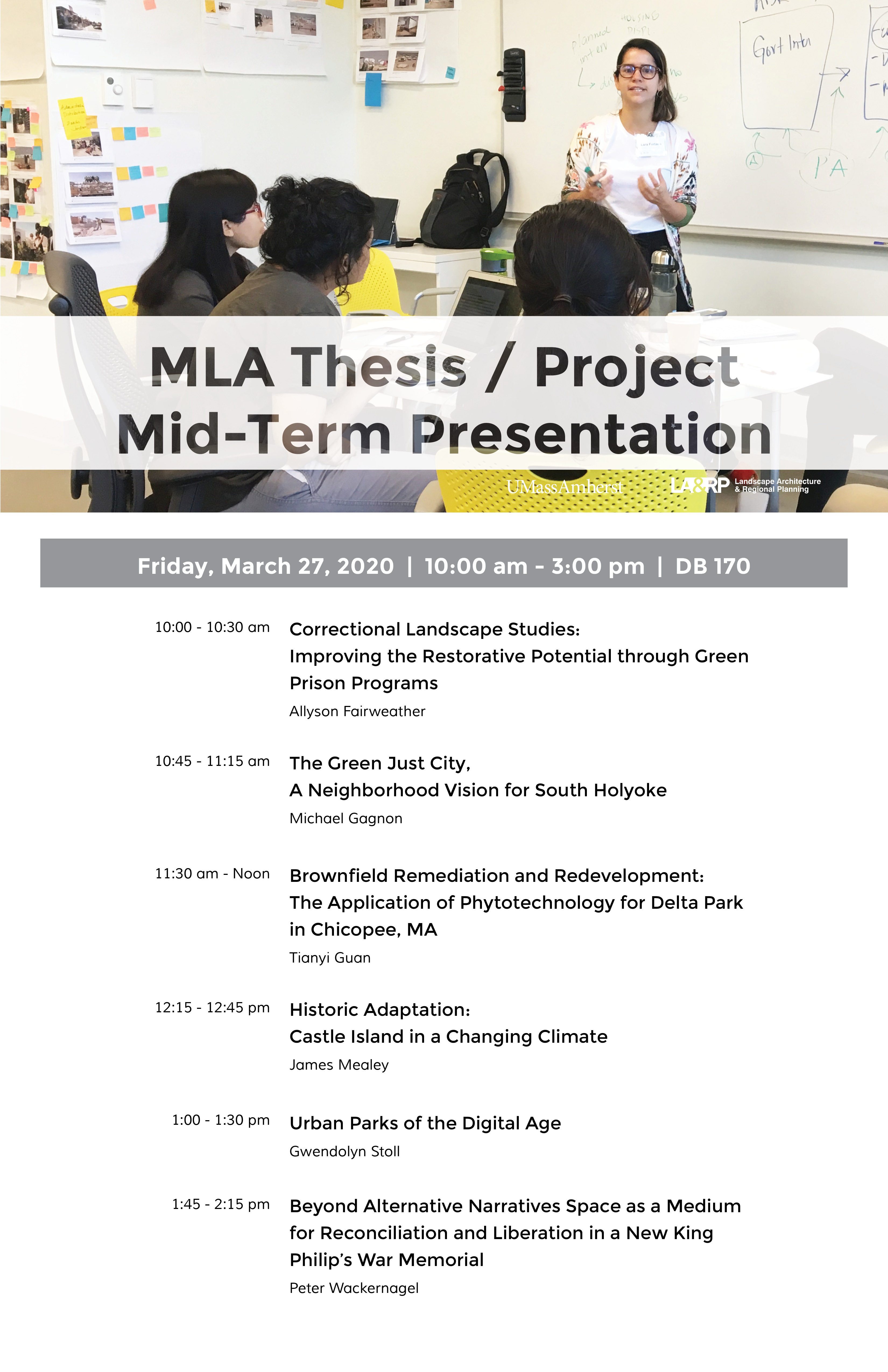 Boots on the ground: landscape performance research in practice

In the face of increased pressures; landscape architects, designers, clients, and land owners have the ability to influence our environment’s capacity for resiliency and provide ecosystem and social services by advocating for high-performance landscapes. While the concept of landscape performance is gaining attention, the availability of time, resources, and/or technical expertise remains an obstacle for many designers and landowners to assess the impact of design and planning decisions on the environmental and social health of our communities. However,  tools and metrics exist that advocates can utilize to maximize the sustainability (economic, socio-cultural, environmental and aesthetic)  of any landscape  throughout the planning, design,  construction, and post-installation phases. By examining landscape performance tools and metrics, this discussion explores transformative endeavors which strive to unite conservation, horticulture, and education for the long-term sustainability of our communities-- today and tomorrow.

Emily McCoy, PLA, ASLA, SITES AP is the Raleigh Office Director and a researcher at Design Workshop. Her joy and passion for working with teams and communities to create high-performance landscapes are reflected in her roles as a Landscape Architecture Foundation Education Committee member, Pennsylvania State University Stuckeman School Board member, and as an Awesome Raleigh Foundation trustee. Emily is also a part-time Associate Professor at NC State University, where she teaches courses on Reflective Design Culture, Landscape Performance, and GIS Applications for Landscape Architects. She recently completed the LATIS publication, A Landscape Performance + Metrics Primer for Landscape Architects, and  received national ASLA research and planning awards for her work at Shoemaker Green, for the US GSA Site Commissioning White Paper, and for the Shield Ranch Master Plan. Emily holds a Master of Landscape Architecture degree from NC State University, ESRI GIS certificates, and a Bachelor of Science degree in Ecology, Evolution and Environmental Biology from Appalachian State University. 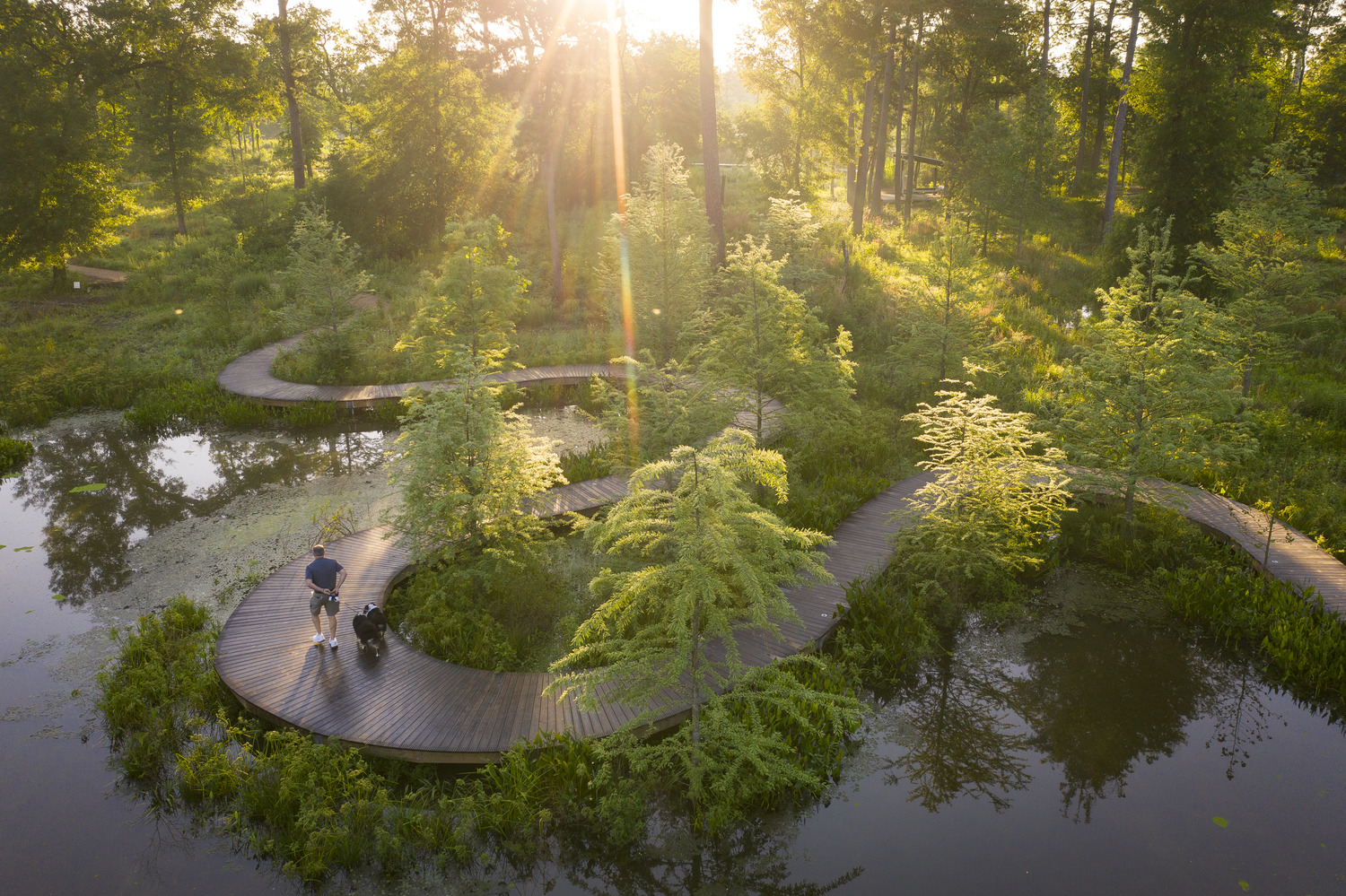 Margaret (Meg) Birney Vickery is a lecturer in the History of Art and Architecture Department and the Department of Architecture at the University of Massachusetts Amherst. She is the author of Landscape and Infrastructure: Re-Imagining the Pastoral Paradigm for the Twenty-first Century (Bloomsbury Visual Arts: 2019),  Buildings for Bluestockings: The Architecture and Social History of Women’s Colleges in Late Victorian England, (Delaware University Press, 2000),  and (Translations) ARCHITECTURE/ART WORKS OF SIGRID MILLER POLLIN (Forthcoming: ORO Publications).

“Landscape and Infrastructure: Re-Imagining the Pastoral Paradigm for the Twenty-first Century” is about landscape painting and design in the Netherlands, England, and North America and recent infrastructure projects around the globe. These seemingly disparate subjects are united by a shared concern for the pastoral middle ground; a traditionally productive landscape. By focusing an art-historical lens on pre-industrial productive systems and the effects of the Industrial Revolution on the pastoral landscape tradition, we can gain a better understanding of how to weave new approaches to productive infrastructure systems, (such as power generation, water filtration and food production) into our contemporary landscapes. This talk investigates the history of that tradition and highlights the advantages it brings as we re-imagine infrastructure in the Twenty-first Century.