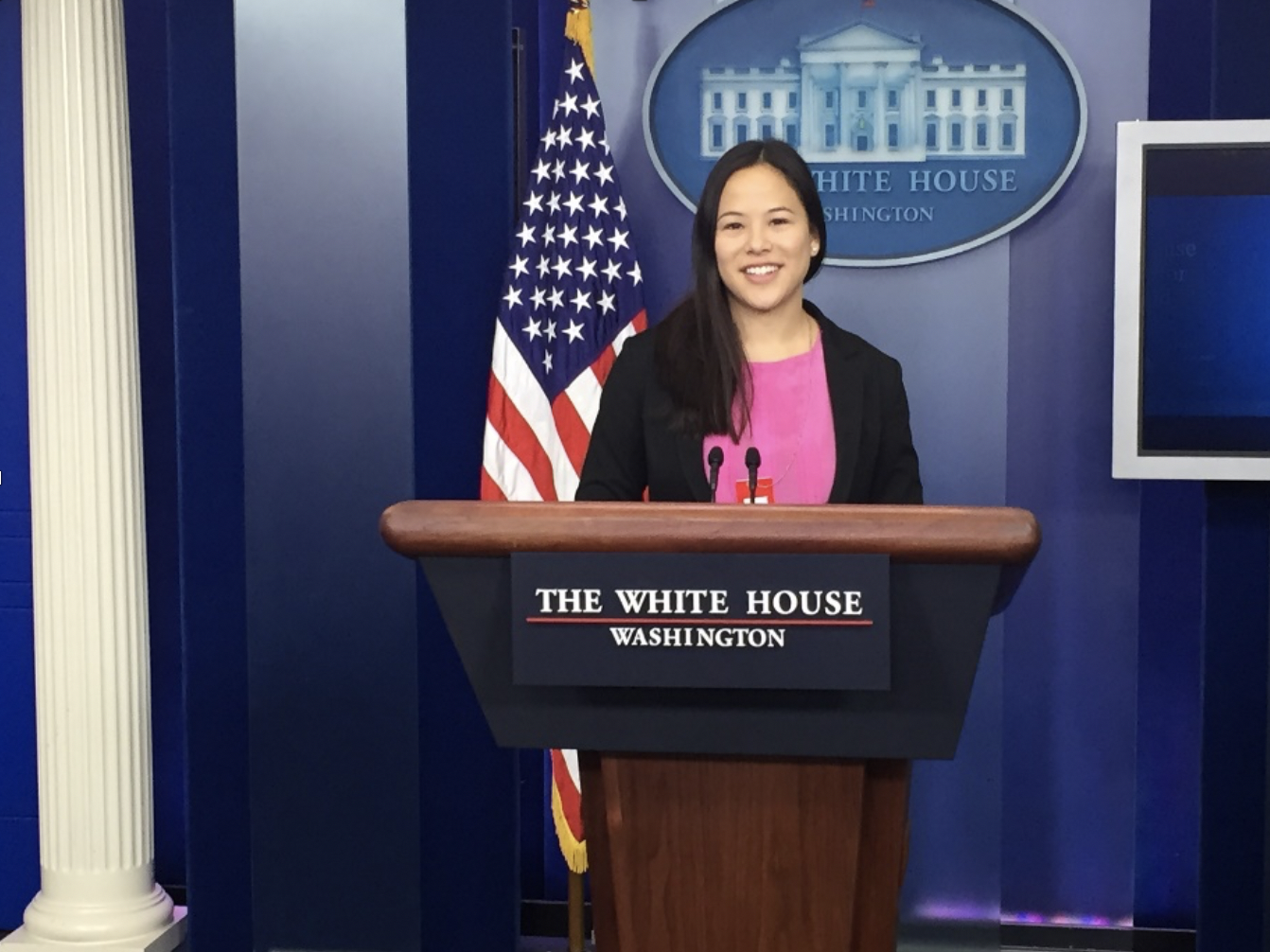 Veronica Stracqualursi ’14 declared the journalism major after convincing herself that she was in charge of her own future, and less than three years after graduating she finds herself covering daily political news and sometimes having to seek out Sen. Ted Cruz.

Stracqualursi was provided the task to get a comment from the senator pertaining to a story her team was working on. She was recruited to time her actions perfectly to ask him his thoughts.

“Just waiting outside the GOP luncheon, hoping he would pop his head out. Sure enough, he did, and I had to chase him to the elevator,” she said. “Surprise, surprise, he was like ‘No comment, talk to my press secretary’.”

Stracqualursi is a political correspondent and breaking news reporter for CNN.

In the current political climate, Stracqualursi is constantly busy. It seems like every day, there is a new big story that hits the front page.

Joining the journalism department in her junior year, Stracqualursi hit the ground running. She interned at WCVB in Boston, learning how to put newscasts together, and at WGGB, where she got first-hand on-camera experience as a reporter.

Right out of college, ABC News offered Stracqualursi a position as a production assistant, where she helped with their 2016 election coverage.

“I felt like a fish out of water, but there was a great team there. They were patient with me as I learned the ins and outs,” she said.

Her time spent at UMass helped her finetune her reporting and writing. It was George Forcier’s introductory journalism class that pushed her to pursue this career path.

“It made me a better journalist, thinking critically. He really pushed us to do our best work in that class, while we learned the basics,” Stracqualursi said.

She also credits Karen List and Steve Fox with granting her the chance to experiment with different styles of journalistic writing and incorporating multimedia. Working as an office assistant for the department, Stracqualursi got to know most of the faculty members personally and professionally.

“If I come across a certain issue in my profession, I know I can always reach out to them and get their thoughts and advice,” she said.

“For such a big school, it can be really hard to feel you’re being noticed in classes,” Stracqualursi said, “but I feel like the professors at UMass really worked to make each student feel like they were investing in us.”