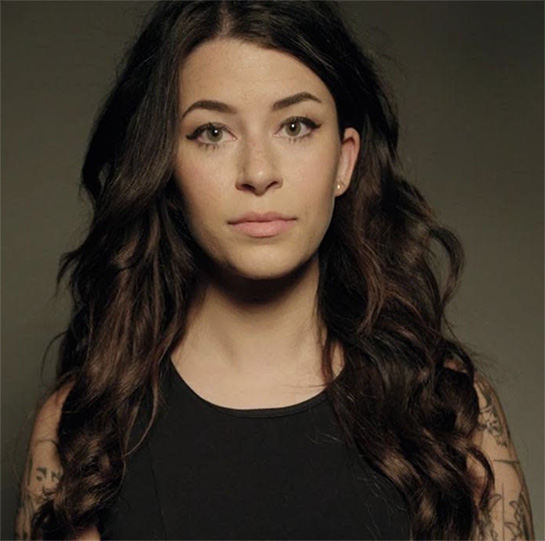 Maggie Freleng ’11 is an audio producer and reporter at NPR’s Latino USA, where she started as an intern in the fall of 2015. She graduated with her bachelor’s degree in journalism from UMass Amherst, and still remembers her time at the university fondly.

Growing up in Long Island, New York, Freleng wanted to attend a big university that was not in her home state.

“I would never do it any other way. I met the people who shaped me as a person,” Freleng said. She also remembered sitting on the hill with her friend in the Central Residential Area, where people could see anyone or everyone they knew. “It was just a really great sense of community.”

Freleng began as an English major but in her sophomore year she changed her major to journalism. She knew she always wanted to write, but she wanted to write something that would mean something.

“What can I do with my literary skills that are, to me, more meaningful than creative writing, and it was journalism. It was exactly what I wanted to do,” Freleng said.

Freleng explained that she had all the resources she needed from the journalism department in order to be successful, like getting resume help and general advising. She had internships and accepted a job with GoNOMAD quickly after graduating.

“It was actually amazing, with how big of a school it was, and still I felt I had this very small community of people in the journalism department that were around to always help you and answer questions and really want you to do better.”

One of the classes that Freleng remembers fondly was a podcasting course taught by B.J. Roche, who, “really helped me grow.” At the time, podcasting was an “obscure concept” but was “probably the most meaningful class” she took because she has built her career in audio journalism.

Freleng moved back to New York City when she started working at Women’s eNews, a move which helped launch her career covering social issues. She said the most challenging time in her professional career was switching from print journalism to audio journalism. In 2015, Freleng obtained a masters in journalism with a focus in radio broadcast and health & sciences from CUNY.

Journalism can be a daunting but Freleng encourages students not to give up on their passion and to cover the stories they care about.

“Be a hustler,” she said. “No matter how many times I could have taken the easy way out by getting a job doing something more lucrative for the sake of having work, I instead side hustled two or three other jobs and interned or freelanced to keep my foot in the game. I lost tons of sleep and probably got premature grey hairs but I'm doing what I love in the end.”