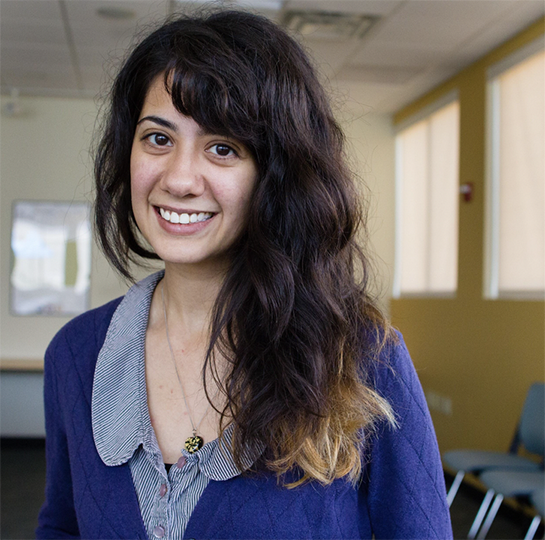 In 2015, stuck between staying with her current jobs or taking a full time position, Alyssa “Lisa” Creamer ‘14 was faced with making a decision hours before her big interview.

She called the one person who she could trust with getting career advice from, journalism professor Razvan Sibii. Not many people can rely on professors, but Creamer developed a friendship with Sibii during her time at UMass that has since continued even after graduation.

“Raz was my go-to person, he was the one that I had the most experience talking to and I really cherish the fact that he and I still try to catch up with each other,” she said.

She started working as a Metro Correspondent for the Boston Globe in 2013, and that same year she began freelancing for WBUR, Boston’s National Public Radio news station. Creamer was happy with her work life when the full-time position with WBUR opened up. When she realized she really wanted the position, she contacted Sibii who helped her determine what she could bring to the table.

“I think it made a big difference in being able to talk with some level of assuredness about myself,” Creamer said.

Creamer landed the job and is currently a digital news editor and producer at WBUR.

“My responsibilities include editing breaking news and feature stories for the web, curating our homepage and controlling various social accounts,” Creamer said. “I also often do breaking news reporting and occasionally investigative projects.”

Another of Creamer’s favorite experiences was in 2015 when she was a fellow for the Fellowship at Auschwitz for the Study of Professional Ethics. While there, she was given the opportunity to study contemporary ethics in journalism while abroad in Germany and Poland.

“It was so fulfilling,” Creamer said about the fellowship.

A fairly recent graduate of the UMass Journalism Department, Creamer has an extensive lineup of experience from both on-campus positions and in the field through internships. Creamer defines her most memorable experience at UMass as being her time working at the Massachusetts Daily Collegian. Working there holds a special place in Creamer’s heart.

She began writing for the Collegian her second day of freshman year. After that, she held multiple positions, including editor-in-chief. She made many memories working with her fellow colleagues and stresses that her time there was her greatest memory of being at UMass.

“I was very obsessed with the Massachusetts Daily Collegian and my work there as an editor,” Creamer admitted.

“I always wanted to be a print journalist and I have a very deep fondness for newspapers, especially even before going to college, but especially after my experience at the Collegian.".