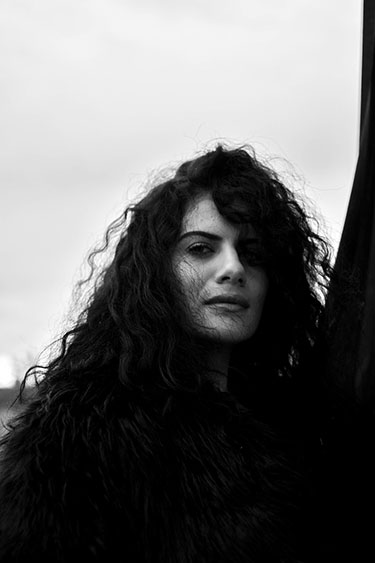 Jennifer Feldshon ‘17 realized she wanted to work in public relations when she stepped into the pressroom at a show. After watching the social media feeds on a flat-screen TV, listening to the PR professionals brainstorm and working alongside the head of public relations at Janice McCafferty, she knew exactly what her passion was.

Feldshon hadn’t heard of public relations until she began working for the UMass Programming Council (UPC), the student organization responsible for bringing events to campus. In the spring of her freshman year, she became the public relations coordinator and began planning Friday night movies and UMass concerts.

“I’m a very social person, I value the relationships I make with other people. I didn’t go for journalism and PR originally—I wanted to pursue legal studies and political science, so I joined the UMass Mock Trial team. UPC had a diverse group of students and projects, and in the spring of my freshman year I became their public relations coordinator. I was double majoring in political science and legal studies, but I wasn’t passionate about them, which ultimately led me to change majors,” she said at the time.

UMass doesn’t offer a public relations major, so she created her own major by declaring BDIC at UMass. She took journalism courses as a part of her curriculum and sought advice about the public relations field from Deirdre Breakenridge, a veteran in the PR and marketing industry and adjunct lecturer at UMass.

After completing internships within PR as an undergrad, Feldshon worked as assistant publicist at Finn Partners in New York City. Her clients included the Jamaica Tourist Board and Ministry, VP Records, Visit Brussels, PM Hotel Group and Travel Leaders Group. She actually recently accepted a new position at a bi-coastal firm where I will be representing and managing talent in the realms of music, fashion and lifestyle including high-profile musicians and fashion designers. On the side, I freelance doing PR and management for emerging artists in the New York hip-hop scene as well as curating events for venues like House of Yes and New York Fashion Week.

"Advice I would give to anyone pursuing a career in PR or entertainment in general would be to be consistent, tenacious and above all, your authentic self. This industry is so relationship centric so it's important to cultivate strong and meaningful relationships organically. Combined with a concrete work ethic and skill-set, kindness and authenticity go a long way. While I realize I am still a student of the game and have a lot to still learn, I know my value and am always advocating for myself and others."