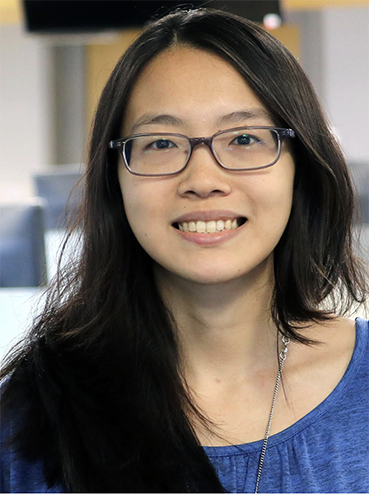 Almost 10 years ago, Jackie Hai ‘09 gave the student commencement speech at McGuirk Alumni Stadium and was recognized by UWIRE 100 as a top student journalist in the nation. This past year, she’s covered national stories, like the death of former Arizona Senator John McCain, for KJZZ radio in Phoenix, AZ.

Hai worked as a digital editor for KJZZ radio, where she built the online versions of radio stories for the station's website and social media, for the last two years.

“When we publish multi-part series and special reports, sometimes this means coding the web page to add multimedia and interactive features. A recent example of a project I worked on, is The Vaquita's Last Stand. As a digital editor, you have to make decisions about how to lay out the page, which photos to use and where to place galleries and infographics in a way that pulls the reader into the story,” Hai said.

At the end, she has to test the final product across different browsers and make sure it's mobile responsive for smartphone and tablet screens.

Hai’s writing journey started in the third grade in the form of writing short stories and that passion carried over in high school as she became interested in journalism and subsequently co-founded a news outlet for the music department at Lexington High School.

She chose UMass Journalism, in part due to the university's diverse campus media outlets. During her time at UMass, Hai was a co-founder of the Amherst Wire, a student-run digital magazine that allows journalism students to have a platform for written and multimedia content they produce as students. With a group of dedicated students and the help of Steve Fox, the Amherst Wire was launched. Hai also spent time reporting and producing content for the Daily Collegian and UVC-TV-19.

Following graduation, Hai worked briefly in public relations in Boston. Shortly after, she interviewed for a multimedia specialist position at Arizona State University. Considering the lower cost of living, in addition to having friends in the area, moving west seemed intriguing for Hai. Her journey to Arizona continued when Hai became the digital editor at KJZZ a year later. In January 2019, Hai moved to Colorado to become a digital editor for KUNC.

Hai has always enjoyed the opportunity to cover stories in local communities. A recent favorite, a story about a street known as Baseline Road. The street was once extremely agricultural with large concentrations of Japanese-Americans and massive gardens. It had been sold to developers for new condominiums, however, one flower shop still remained. Hai collaborated with a reporter doing a story about the community's ties to Baseline Road and produced and edited video footage from the interview. A video that she shot of Baseline Road ended up being the most shared video KJZZ ever released on social media, garnering over 100,000 views.

“The impact that certain stories have on their communities, seeing people share those stories is really nice to see.”