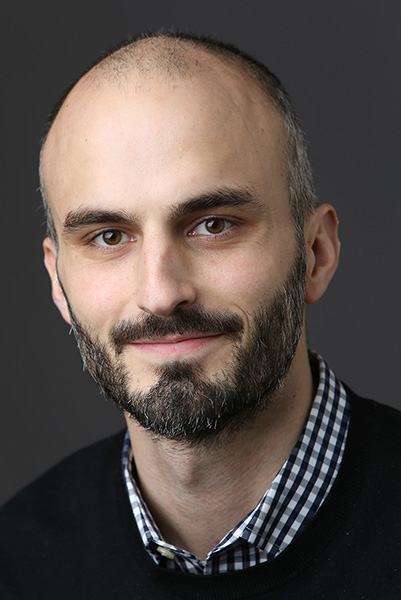 With just one year left until graduation, Eric Athas ‘08, realized that although he enjoyed the experience of being an editor at the Massachusetts Daily Collegian, he wanted to try something new and different.

At UMass, there was already a daily newspaper and a radio station. Athas wanted to create a publication that was based solely online — one that could be native to a digital platform and serve the needs of people who find stories online.

His desire to try something new arose from taking several classes with Steve Fox, a senior lecturer and the sports journalism director. When he had a rough idea of what he wanted to do, he brought the idea of creating an online magazine to Fox.

With the assistance of Fox, Karen List and other students, they were able to get the idea off the ground and create the Amherst Wire, the digital-first, student-run magazine of the UMass Journalism Department.

“We were also able to integrate it into one of Steve’s multimedia classes so that allowed us to really have other students involved in the site,” Athas said. “Which also kind of helped it get off the ground and build up some momentum.”

As proud as he is of the creation of the Amherst Wire, he believes that it was the students that developed the Wire after him built it into something that is now integrated and flourishing within the department.

Ten years later, Athas is now a senior editor of digital training at The New York Times, after stops as a producer and editor at The Washington Post and a manager of NPR training.

At the Times, he runs a team of journalists in the newsroom helping them imagine new ways of telling stories and learning tools that will help them write for digital audiences.

“The work that I do is very much in the background. My role is not as a writer, but the work that we do has an impact on the stories that go out. We’re helping to give them the ability to be more digital.”

With UMass being a big university, it “made the experience as a journalism student even more lively and exciting,” for Athas because a lot of things were constantly happening that he could write about. It was also the relationships he made with journalism professors such as Fox, List, Madelaine Blais and B.J. Roche that helped him get to where he is today.

The journalism skills that he applies today in his career come directly from his education and those professors at UMass. Some taught him the fundamentals of journalism ethics while others helped him understand the importance of digital journalism which led to a career post-graduation.

The job Athas has now didn’t even exist two years ago. His advice?  “Keep an open mind to what journalism can be,” Athas said. “There are lots of new tools and concepts.”