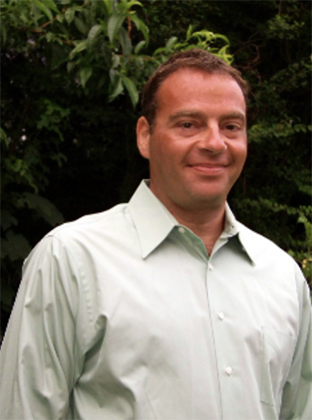 When David Scott ‘93 received a call from his parents during his sophomore year at Syracuse University with the news that they couldn't afford tuition, he was devastated.

“I just loved Syracuse,” Scott said, “and I always knew I wanted to write and be in communications.”

Scott took a year off and worked at a local newspaper, The Peabody Times, while he figured out his college situation. After a year, Scott decided to attend UMass Amherst to pursue journalism.

The switch to UMass, “wound up being the best thing. I did a lot of things at UMass that I never would have done at Syracuse. I was able to get involved with The Daily Collegian and wound up having a column there for a couple years,” Scott said.

Scott built relationships when he worked at the UMass sports information office under Howie Davis and later Bill Strickland. “Those are two guys that I’m in touch with to this day and helped my career tremendously,” Scott said.

As student journalists at the Collegian, Scott and his friends, including Dan Wetzel ‘94, created what was known as The Maroon and White, a monthly printed fan magazine about all things UMass Athletics.

“There was an insatiable appetite for content on UMass sports, especially basketball, and we were able to capitalize on that,” Scott said. The startup was so successful that it was bought out by the UMass Athletic Department.

After graduating, Scott worked for College Sports Magazine, a small startup based in New Jersey. “It went through all the fits and starts of a startup,” but he got valuable experience.

In 2007, former UMass Athletic Director Bob Marcum reached out to Scott with an opportunity to help former UMass basketball coach John Calipari write a book. That resulted in a chance to eventually join Calipari for his first two years as head coach at the Univeristy of Kentucky, where Scott was Cal’s social media and business manager.

“When I was at UMass I got to know coach Calipari and I covered him for some time,” Scott said. “John already had all the ideas for this book. It was going to be a motivational type of book. By the time I got to him and we wound up getting a book deal he just needed someone who could really organize his thoughts.”

The bestselling book titled “Bounce Back: Overcoming Setbacks to Succeed in Business and Life" was released in September 2009.

Today, Scott is a senior director of communications at ESPN. He oversees ESPN Front Row, a site that offers an inside look on the workings of ESPN. “I don’t want you to read a story that I write about Scott Van Pelt, I want you to watch Scott Van Pelt do his show on SportsCenter,” Scott said.

“At UMass, you know, we have a little chip on our shoulder. You’re a little bit of an underdog so you want to help the next guy out, the next gal out.”

"The biggest thing is, don’t be afraid."