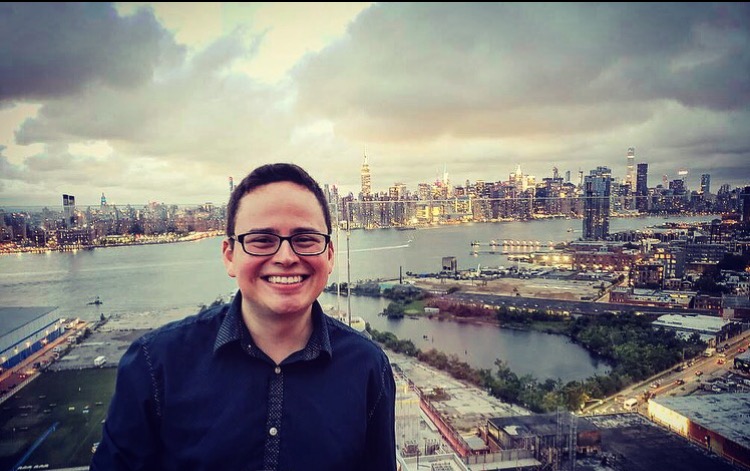 The foundation of Daniel Rodriguez’s career in journalism was built at UVC-TV 19, UMass’ student-run television station, and the UMass Journalism Department.

“After I joined UVC, I decided to switch my major… I didn't know anything about the department, but I had amazing professors who I still keep in touch with on a regular basis,” Rodriguez said.

Rodriguez ‘15 entered UMass in 2011 as a history major and an alto saxophone player in the Minuteman Marching Band, but after stepping foot in UVC, his college career began to take a different shape.

Rodriguez credits his professors with some of the success he has today, such as Dave Madsen, who has decades worth of experience in broadcast journalism as an anchor for ABC40 in Springfield.

After taking Madsen’s broadcast class, Rodriguez was given the opportunity to intern with ABC40 his sophomore year where he would shadow reporters in the field.

BJ Roche encouraged Rodriguez to apply to the National Association of Hispanic Journalists (NAHJ). Applying at the last minute, he doubted his chances. However, because of his experience working at UVC, he was one of four students selected for the highly competitive NAHJ Summer Fellowship at NBC News.

Rodriguez then spent the second semester of his junior year studying abroad in London, where he interned at The Independent, a national newspaper. Returning for his senior year, he continued freelancing for the campus newspaper, the Daily Collegian, and served as the executive producer at UVC, creating weekly news broadcasts.

Through relationships built at NBC while he was an intern, Rodriguez returned after college and worked in various places including NBC Nightly News with Lester Holt, Dateline NBC, as a runner during the 2016 Democratic National Convention, and as a production associate at the 2016 Olympic Summer Games in Rio de Janeiro.

Rodriguez is now an associate producer for NBC’s “Stay Tuned”,  a daily news update and subscription service that can be found on the discover pages on Snapchat and Instagram.

One of the expectations at "Stay Tuned" is coming to work prepared with stories to pitch and every for every meeting Rodriguez taps into the routine established by his professors at UMass.

From Springfield to London, to Rio and New York, Rodriguez enjoys what he does.