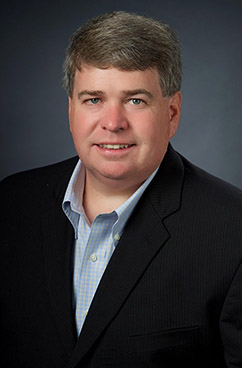 For Dan Wetzel ‘94, reporting on the Larry Nassar trial was “demoralizing.”

“It was the most brutal days. Hundreds of women would come in, it’s hard to not feel emotional,” Wetzel said. “You get to know the families after being in the same room for days. You feel obligated to tell their stories, I wish I could tell more of them.”

This wasn’t the first time Wetzel covered a story like the Nassar trial. A few years earlier, Wetzel covered the story of two Steubenville High School football players who were found guilty of rape. “There wasn’t a lot of media covering it, but it was a wild story,” Wetzel said.

After that story, a football coach called Wetzel to say he made his team read the story to teach them a lesson.

“Good, maybe the world is a little better now that I wrote that column,” Wetzel said. “It was the first time I thought that what I was reporting would affect someone’s life.”

Wetzel often covers crime stories involving athletes, describing it as not an easy or fun job but a necessary one.

“You can’t just walk out of the Nassar courtroom after six hours of listening to victim stories and write your story. It affects you and it should,” Wetzel said. Wetzel explains that regardless of the subject matter, it’s important the story is told.

Wetzel graduated from UMass Amherst in 1994. Originally a political science major, the Norwell, Massachusetts, native became interested in journalism after seeing an advertisement for the school newspaper. During the next four years, he spent his time writing for The Daily Collegian, covering women’s track and men’s basketball.

After graduating, Wetzel had a four-month internship in Indianapolis, covering crime for the Chicago Tribune, and then got back into sports writing for a few magazines covering college basketball.

A co-editor of Wetzel’s from the Collegian, Sam Silverstein ’91, who was a sports editor at Yahoo Sports, reached out to him. Silverstein was looking for another sports writer.

“He was a senior at UMass when I was a freshman, and gave me the cross-country job,” Wetzel said. “You could say UMass led me to my job at Yahoo Sports.” Wetzel has been at Yahoo Sports since then. Wetzel has stayed in touch with other UMass alumni, even writing a screenplay with David Scott ’93.

His advice to those interested in pursuing a career in journalism or communications is to find stories and tell them in ways that others aren’t. When talking to students, Wetzel gives them two pieces of advice; one, to get it right and two, to make the reader see it.

“Use the access you have, make it colorful,” Wetzel said. “Don’t try to do what everyone else is doing. Ask yourself, how can I make this story better for the consumer?”