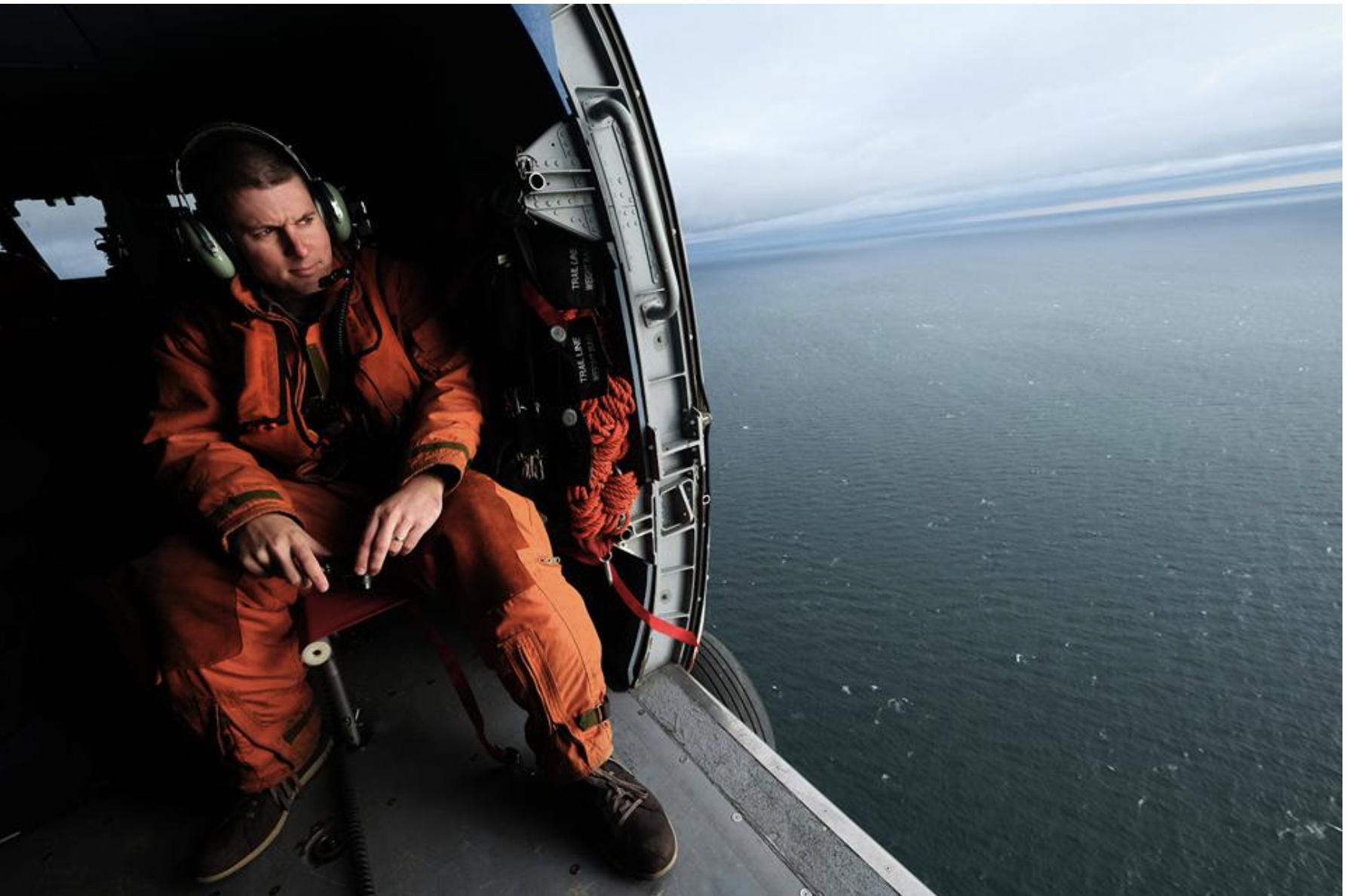 Dan Lamothe sits in a Coast Guard helicopter flying over the Kotzebue Sound in Alaska in July 2017 during a reporting trip to the Arctic Ocean. (Photo courtesy:  The Washington Post)

Dan Lamothe ’04 was in the fifth grade when he got his first paid job. He had an afternoon delivery route for the now-defunct daily newspaper, the Holyoke Transcript-Telegram. For career day that year, he went to school with a press pass in his hat.

“I kind of got interested in journalism in an old-timey way,” Lamothe said. “I’ve always had an interest in telling other people’s stories.” Little did young Lamothe know how far storytelling would take him.

During his four years at UMass, Chicopee-native Lamothe was active at the Massachusetts Daily Collegian, working up from columnist to managing editor. He covered everything from the out-of-control residents of Butterfield Hall to the aftermath of the Yankee’s victory over the Red Sox in the 2003 American League Championship Series.

“There were riots, or disturbance, depending on the severity of any given night, really from the first round of the playoffs on,” Lamothe said. The fanatical fallout lasted the “better part of two weeks.”

Covering the Sept. 11 terrorist attacks, however, sticks out most in his memory. In April 2002, he went to Ground Zero to cover a UMass Alumni Association presentation that “connected UMass to the tragedy a little more closely” by talking more about a UMass employee who was killed on United Flight 175. He looks back on that opportunity as the first time he thought about “what mattered outside of New England.”

Lamothe graduated in 2004 with a bachelor’s degree in journalism and an English minor. He had completed internships at the Daily Hampshire Gazette, ABC 40 (WBBG-TV) and The Republican in Springfield, where he was hired several months after graduating.

He soon moved to Maryland to complete a master’s degree and quickly “fell into military journalism” at the Marine Corps Times. He grew to love it, particularly hearing the mix of stories.

“You meet everything from guys who at 16 years old could’ve been easily into the gangs but made a decision and ended up in the army instead to Yale graduates who are now in charge of a 30-man infantry with a platoon in the middle of Afghanistan and easily could’ve been making 200 grand or more on Wall Street,” Lamothe said.

While at the organization, he went on three trips to Afghanistan, once in 2010 and twice in 2012. He credits this time that he spent mostly with Marine infantrymen as the time when he developed the skills and reputation that helped him get his current position.

Today, Lamothe covers the military for The Washington Post. Last summer, he spent time on a United States Coast Guard icebreaker in the Arctic Circle.

“Don’t limit yourself in terms of what you think you can do,” Lamothe said, lamenting on not taking B.J. Roche’s advice of pushing for the big internships while he had the chance at UMass.

Despite his long track record of hard work and a thrilling career to show for it, Lamothe said, “You can work hard, but you also have to get lucky. I got lucky.”

This profile was written as a part of the 2019 Alumni Spotlight Series by students in the Writing for Public Relations course.