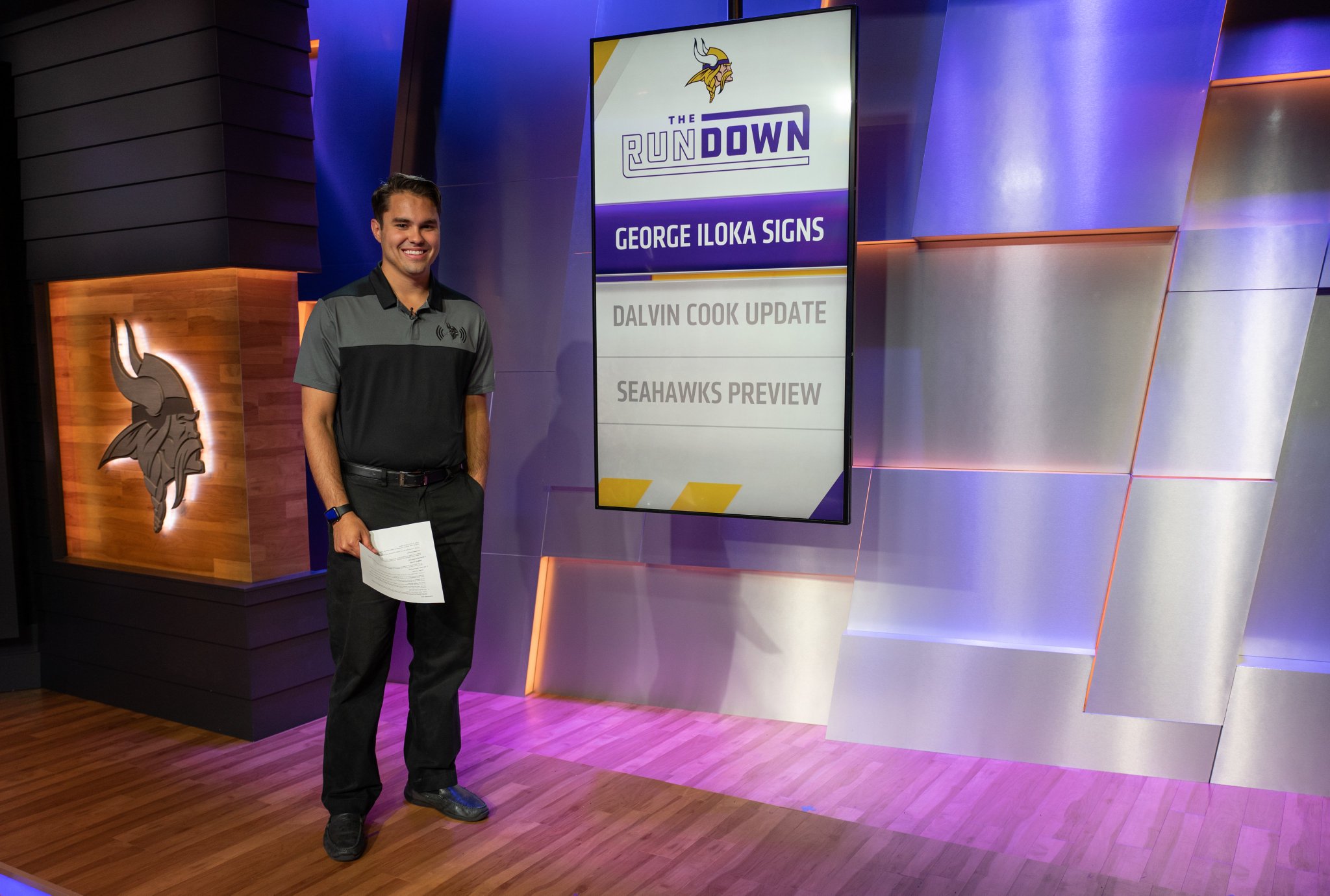 During Chris Corso’s freshman year at UMass, ESPN's Matt Lee spoke to a sports journalism class and urged the students to reach out to him for advice. Corso took Lee up on his offer and emailed him asking about available internships at ESPN.

He didn’t realize the email attempt was doomed until B.J. Roche and Steve Fox informed him about several misspellings the email contained.

“They were like, ‘Yeah, you’re not getting this internship here because you kinda screwed this up’,” Corso said.

This was the start, but definitely not the end, of Corso’s hunt for career-defining internships. While at UMass, Corso interned in Springfield in the sports newsroom of Western Mass News, covered high school games for the Daily Hampshire Gazette and worked as a freelancer for ESPN Boston.

During the summers of his undergrad career, Corso interned for a magazine in New York City, the New York Mets and for ABC News. However, it was during the summer of his junior year that Corso had his most influential internship: working for NHL.com.

Corso was tasked with managing their website and creating online content. The digital skills Corso gained that summer set him a part when he began applying for jobs in an increasingly digital-centric field.

“The internships are the biggest thing I'd recommend to any student,” he said, “because you can learn as much as you want in a classroom, but unless you go out there and do it, there's only so much you can do with it, you know?”

Today, Corso is the digital media coordinator for the National Football League’s Minnesota Vikings. He curates online content to develop the team’s social media presence and create a stronger connection with the fans. He’s currently working on several projects, including a digital show called the Vikings RunDown.

But what got him there?

Corso wanted to pursue sports journalism since he was a high school student in Long Island, and he dreamed of getting into the journalism program at Syracuse University. However, when he got his letter back, he wasn’t met with the result he hoped for. Corso had gotten into the school, but he hadn’t made it into the program.

Corso also received an acceptance letter from UMass Amherst. He considered his choices - go to Syracuse and wait at least a semester to pursue his dreams, or go to UMass Amherst and start immediately. He picked the latter, and didn’t regret it for a second.

“I decided that UMass was the better decision rather than going to my dream school growing up, and it definitely made me better,” Corso said.

“Some of the relationships I made - my professors and my classmates - I still have connections with to this day,” he added. “I think that’s what really makes UMass great - you’re able to really establish relationships with people.”