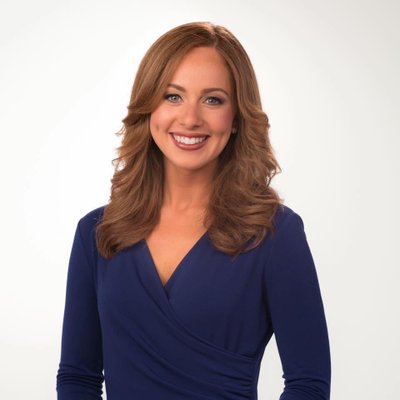 Less than a year after leaving UMass, Anna Meiler, class of ’12, found herself covering one of the biggest news stories to ever hit the area: the Boston Marathon bombings.

Meiler was working as a news writer for then-NBC News affiliate WHDH-TV in Boston when the bombing occurred. “That whole week was crazy. I didn’t really sleep at all because it was breaking news after breaking news,” she said.

In addition to working her regular 1 a.m. to 8 a.m. shift at the station, Meiler would go out in the afternoons to interview people and take pictures at the site of the bombing.

During the search for the younger of the two bombing suspects, Meiler worked 18 hours straight. “I watched from start to finish the whole manhunt happening from inside a newsroom,” she said. But all that hard work paid off when her station was the first to break the news of Dzhokhar Tsarnaev’s capture.

After WHDH, Meiler worked as an on-air reporter at WKTV NewsChannel 2 in Utica, N.Y. She recently reported live on President Obama’s speech about college affordability in Syracuse.

Meiler said she became interested in reporting her senior year of high school when she took a journalism class and began writing for the newspaper in her hometown of Winchester, Mass.

“I kind of just fell in love with it,” she said. “I love telling stories.”

At UMass, Meiler worked for the student-run UVC-TV beginning her freshman year. “It was a great environment because it really helped me get to know upperclassmen… that’s how I started learning right off the bat,” she said. Meiler eventually went on to become news director for the station, where she managed the entire news team and helped it to nearly double in size.

It was in Steve Fox’s Investigative Journalism class that Meiler said she really discovered the impact her journalism could have. That semester, the class reported how the towns of Western Massachusetts were recovering from tornados that devastated the area the year before.

“I didn’t expect to get that involved, but we really became a part of these peoples’ communities and their lives,” she said. “I realized what I could do with journalism could make a difference. When you can shine light on important issues, or something that would otherwise go unknown… I just thought that was such a gratifying feeling.”

Soon after her work was published in the Boston Globe, office phones in the town halls of the communities Meiler covered were ringing off the hook with people calling to find out how they could help.

“For me that was a huge confirmation that this was something that I wanted to do every single day,” she said.

After graduating from UMass, Meiler began working as a web producer at WHDH-TV in Boston, and in March 2013, she became a news writer for the station. In June 2013, she’s began working at WKTV NewsChannel 2. In 2016, Meiler returned to Boston as a reporter for WBZ-TV.

“I’ve been thinking about it for six years and working so hard, and now to see it actually happening and living it every day and learning so much, it’s just unbelievable,” she said. “It’s like my dream is finally starting.”