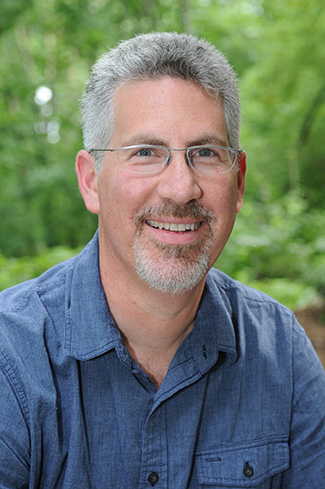 While the rest of the world watched the Iraq War in 2003, Aaron Schachter, class of ’92, was reporting on the fall of Saddam Hussein’s regime up-close.

As a Jerusalem-based Middle East correspondent for Public Radio International’s program, The World, he was in Iraq in 2003 when the Hussein family was captured – sons Uday and Qusay during the summer, and Saddam that December.

“People couldn’t really believe that it had happened and had all sorts of theories about how they had gotten away, but once it sunk in that they were really dead, it was just a sort of incredible feeling of relief among people. You could see … it was a weight off their shoulders.”

Schachter’s love of radio started early, with parents who listened avidly to AM radio.

“When I was about 12 years old, my father said to me while we were in the car listening to the radio station called WOR in New York, ‘You know, you should do that. You should go into radio news.’ And that’s what I’ve wanted to do since then,” he said.

As soon as Schachter got to UMass, he joined WMUA and read the news on-air, eventually becoming the news director. He wrote for the Daily Collegian, the Daily Hampshire Gazette and the Greenfield Recorder. He would get up early to read the 6 a.m. morning newscast for an alternative radio station based in Greenfield.

“It was always what I wanted to do and I did everything I possibly could to work in radio and journalism in general and get better at it,” he said.

After leaving UMass, Schachter landed a job at WBUR in Boston. From there, he went to Colorado public radio, where he worked as a reporter and anchor, and then to Los Angeles, where he served as editor, reporter and host of the Marketplace Morning Report. Schachter also worked as reporter for the Los Angeles bureau of National Public Radio.

While in L.A., he got a call from editors at The World asking whether he’d consider taking a job back in Boston.

“I said essentially, ‘If you’ve got a job in somewhere like Jerusalem, give me a call,’” he said. “It was kind of a joke about me just wanting to get overseas, and then three months later they called and said, ‘Remember when you said if we had a job open in Jerusalem we should call you? Well, we have a job open in Jerusalem. Do you want to go?’

“I said, ‘Heck yeah,’ and spent the next eight years as a Middle East correspondent.”

Schachter lived in Jerusalem for the first five of those years, and then in a small village outside Beirut, Lebanon.

At first, he said, it was utterly terrifying. Schachter arrived in the middle of the Second Palestinian Intifada with little support. Military actions were being carried out close to where he was living, and buses were blowing up all over the place.

“I would go to restaurants and make sure I sat looking at the door so I could always know who was coming in,” he said.

Today, Schachter says his job is “a little less exciting than it used to be.”

After returning from the Middle East in January 2004, he became an assignment editor at The World, commissioning and editing stories from freelancers around the world. Schachter is now the Executive Producer and Editor for WGBH Radio News and lives in Holliston, Mass.

Schachter has won several awards for his work, including the 2006 Alfred I. duPont-Columbia University Award for broadcast journalism for a series on stem cell research during the Bush Administration. During that time, conservatives put in place restrictive policies on the use of stem cells in research.

“We as a program went looking at what other countries did for stem cell research, so I did something on the Israeli religious perspective,” Schachter said.