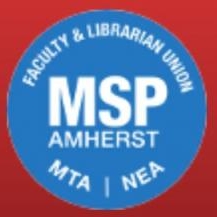 ISSR is proud to announce its selection to receive a grant from the Massachusetts Society of Professors - the faculty union at UMass Amherst - to extend its research on faculty salary and the effects of unionization on gender disparities.  ISSR Director Laurel Smith-Doerr (Sociology), Associate Director Henry Renski (Landscape Architecture and Regional Planning) and Methodologist Jessica Pearlman will lead the research project. The Center for Data Science in the College of Information and Computer Science has agreed to provide matching funds for the MSP grant. These funds will be used to hire a CICS graduate student to provide computer programming services for the project.

This week, the federal agencies regulated under the Common Rule, the set of regulations governing human subjects research, released a Notice of Proposed Rulemaking (NPRM) that would delay implementation of revisions to the Common Rule by an additional six months, setting a new compliance date of January 21, 2019. The stated rationale for the delay is to “provide additional time to regulated entities for the preparations necessary to implement the 2018 Requirements.” The Obama-era changes had been originally scheduled to go into effect on January 19, 2018 but were delayed by an Interim Final Rule announced in January 2018 that pushed the compliance date by six months, to July 19, 2018, and indicated that further delays might be proposed. The rulemaking process to update the Common Rule has been in progress since 2011 (read COSSA’s summary of the changes). The regulations themselves have not been updated since 1991. 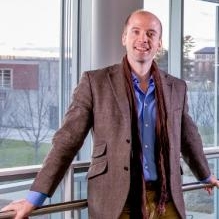 April 3, 2018
ISSR is pleased to announce the appointment of Kevin L. Young (Associate Professor of Political Science) to Associate Director for next academic year 2018-19. ISSR is grateful for the service of Henry Renski (Associate Professor of Regional Planning), who is completing a very successful three-year term in this important role. 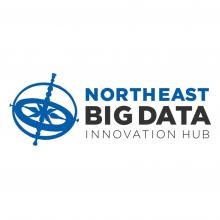 The Northeast Big Data Innovation Hub (NEBDIH) builds multi-sector partnerships to address high-priority societal challenges with data-driven solutions. NEBDIH is pleased to provide support for workshops organized by our community that are designed to plan and develop projects including (but not limited to) future Big Data Spoke submissions 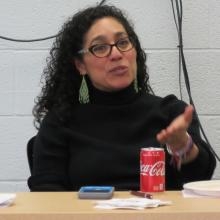 In early March, ISSR held its first grants development panel entitled “Grants and Your Research Trajectory,” moderated by Associate Dean of Research and Faculty Development, Jennifer Lundquist and featuring panelists Mari Castañeda, Professor and Chair, Department of Communication and Larry King, a new Professor in the Department of Economics. The panel explored a range of grantmaking experiences across the social and behavioral sciences. Faculty and audience participants shared their experiences and strategies for including grant making and project stewardship in their career trajectories. This panel was designed to raise awareness of new capabilities within ISSR to assist faculty in building successful research proposals strategizing interdisciplinary grants and identifying prospective funders.

Apply to the BBVA Foundation Frontiers of Knowledge Awards | Applications Due June 28, 2018