A full house packed the ISSR lab for the first event in ISSR’s seminar series on Social Science and Social Location. The central question of this panel was “How does where we stand affect what we see, and what we can know as scholars?” Responses came in the form of four thought-provoking expositions on the politics of creating social science that reflects non-traditional academic origins, asks questions that the mainstream is not asking, honors histories and standpoints that have traditionally been excluded from scientific discourses, and claims a vital and legitimate – if fiercely challenged – place in the scientific enterprise.

The four UMass faculty panelists – Whitney Battle-Baptiste (Associate Professor of Anthropology and Director of the W.E.B. Du Bois Center), Kiran Asher (Professor of Women, Gender and Sexuality Studies), Sonya Atalay (Associate Professor of Anthropology), and Linda Tropp (Professor of Psychological and Brain Sciences) – reflected frankly on the ways they have leveraged their distinct social and disciplinary locations within the Academy to shape their scholarship and teaching, and the consequences this commitment has had for their scientific productivity and careers. 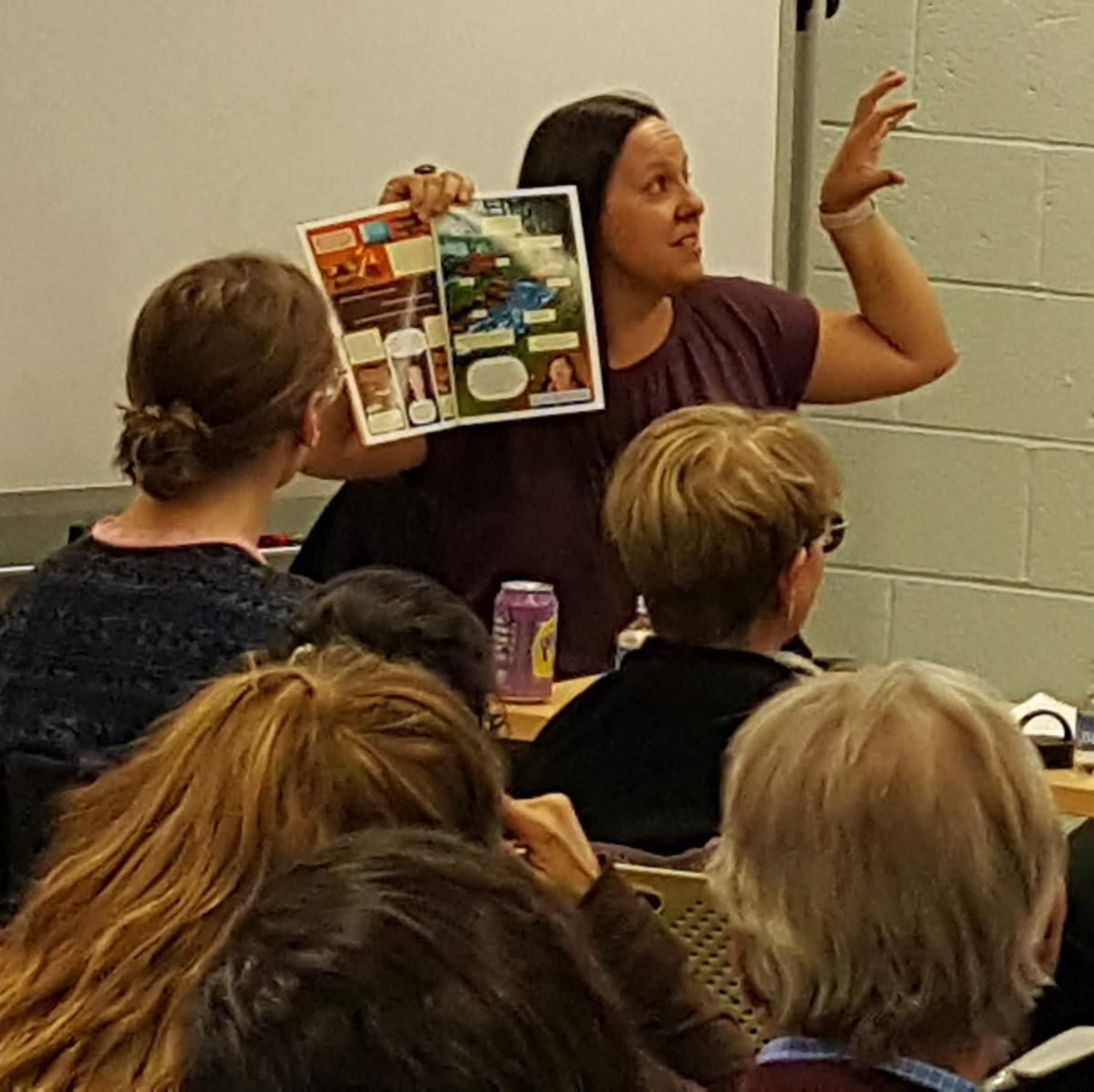 For all of the panelists, the pursuit of a science that reflects – and reflects upon – the world as experienced from outside the power structure is both a necessity born of their own social and historical positions, and a choice with attendant gifts and burdens.  Battle-Baptiste cited celebrated Black anthropologist Zora Neale Hurston to signal the urgency of situated scholarship: “There’s no agony like bearing an untold story inside of you.” In this spirit, Atalay recounted her entry into the field of archaeology as an act of angry necessity to defend her own Anishinaabe-Ojibwe people, and to educate others about the worldviews that govern their relationships to land and community. She uses the tools of her discipline to challenge fellow archaeologists and museum curators to repatriate indigenous sites and artifacts to the people who honor and care for them as living ancestors. She also uses popular forms – including a widely circulated comic book on repatriation – to challenge a pursuit of knowledge that refuses to understand other cultures that share the earth, and that fails to engage the minds of people outside the professional disciplines.

Both Asher and Battle-Baptiste began by recognizing that “technically, (we’re) not supposed to be here.” Battle-Baptiste noted that for women and people of the global majority (a phrase that illuminates the bias in our everyday discourse) “writing is done against you or about you, not by you.” But relinquishing the field of science to its historical protagonists is equally unthinkable. If science is, as Asher noted, “one word for knowledge, for questioning, and for politics,” then the questions and insights originating outside the mainstream are essential to a vibrant science. Asher narrated how her views of science expanded through quests to understand life’s dizzying nonlinearity as a child in Mumbai, or in early and unruly field forays as a wildlife biologist. “Only here,” she noted, “is Science restricted to ‘what they do in Lederle’.”  And Tropp, who began her research on inter-group relations just as the field was welcoming non-dominant scholars into the discipline, saw how the changing demographics of the field generated important new questions, and so the insights that are available about the processes of inter-group conflict and its resolution. Being a part of that opening, what motivates these scholars is leveraging the power conferred by scientific discourses, exposing and exploring normalized assumptions, and honing the theories and methods of academic research to better reflect and understand the world around us.

Such a commitment to telling the untold stories has a price. As a Black feminist anthropologist battling anti-Black racism, Battle-Baptiste described the challenge of “writing myself into a truth that doesn’t have a precursor” and asked, “What happens when you reach a crossroads between writing what moves your career along and what moves your folks and moves your soul?” She recalled the pain and doubt of trying to write about the haunting works of artist Senga Nengudi – developed after a period of residence in Battle-Baptiste’s own world of the Bronx – and the recognition that “the place that forged this woman and this art is the same place that forged me.”  Tropp also described the challenge of making choices at different crossroads, where the marketplace of academia may place a greater value on productivity and getting research findings “out there,” while deep reflection on the implications of one’s findings may not always be rewarded explicitly beyond the communities within which we work. The academy itself often values works that come from these commitments that situated scholars make to communities – but as Atalay noted, such recognition is too often followed by a lament that “it’s too bad it won’t count for your promotion.” 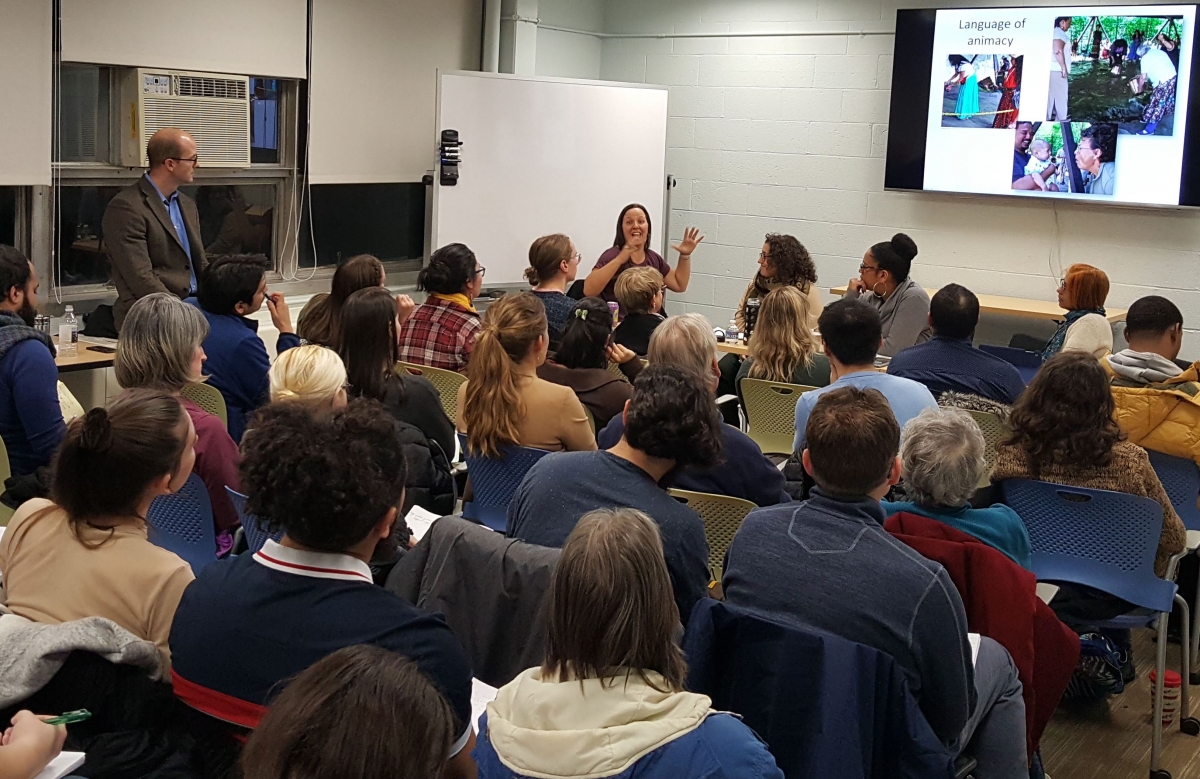 In the vibrant discussion that followed the panelists’ reflections, participants asked how junior scholars could navigate this academic market’s discomfort with the kind of positioned scholarship being described. Asher noted that the panelists share a social location as senior scholars, and all the panelists acknowledged the protective spaces that fostered their senses of self as legitimate intellectuals (whether it was the home, tribe, or college). Several panelists noted how they can now make space for their less established colleagues who are working in a less supportive context. Sonya Atalay described the instructions she posts to help those who wish to follow her example of unplugging after 5 pm, the commitment to face-to-face mentoring, and teaching contemplative practices in her courses and workshops. Tropp described taking editorships at less prestigious journals where she can foster research that might otherwise not get published, her willingness to speak publicly on imposter syndrome, and her edited book highlighting strategies to make public scholarship useful and socially relevant.

Social scientists are very much a part of the world they study. They have beliefs and values, are part of communities, and have their own identities. This workshop series focuses on the "positionality" of researchers, asking how our social location informs the way in which we go about our scholarly lives, the questions we ask, the approaches we take to inquiry, and the way that we conduct our scholarship more broadly.