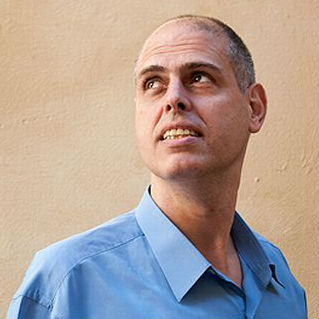 Renowned Israeli translator, poet, linguist, and literary critic Rami Saari visited Smith College from April 2-15, 2013 as part of the College’s Visiting Scholars Program. During his stay, Saari offered a talk entitled ‘When Poets Translate Poets: Going Far and Getting Closer’ and met with interested students and faculty from across the Five Colleges. ISI was pleased to contribute to the event.

On February 28th, the Interdisciplinary Studies Institute (ISI) was pleased to host a stimulating lecture with Professor Martha Biondi, Associate Professor of African American Studies and History at Northwestern University. Professor Biondi holds the position of Graduate Director in one of the first African American departments to grant a Ph.D. in the discipline, where her research examines the intersection of 20th Century African American History with social movements, politics, labor, gender, cities, and international affairs. Her critically acclaimed To Stand and Fight: the Struggle for Civil Rights in Postwar New York City received two prestigious awards: the Meyers Outstanding Book Award (2004) and the Thomas J. Wilson Prize (2003). Recent publications include articles in several journals and edited collections and, in 2012, The Black Revolution on Campus, from which her talk was drawn.

ISI contributed to a week-long residency hosted by the Theater department, which brought four artists from Magnet Theatre, based in Cape Town, South Africa, to the University of Massachusetts Amherst campus. The artists—director and scholar Mark Fleishman, performers Jennie Reznek and Faniswa Yisa, and composer Neo Muyanga—performed their award-winning piece about the effects of forced migration, xenophobia, and the triumph of the human imagination Every Year, Every Day, I Am Wallking in The Curtain Theater. Their residency also included movement and devised theatre-making workshops (Reznek and Yisa), a public lecture on South African theatre and politics (Fleishman), and a musical lecture demonstration (Muyanga).

Earl Lovelace, the writer of Caribbean classics The Wine of Astonishment and Salt, will read from his new novel, Is Just a Movie.

‘With Courage, For Justice’: Overcoming Apartheid in South Africa

ISHA is delighted to host Eddie Daniels, noted South African anti-apartheid activist and former political prisoner. Please join us to hear his compelling and inspiring story, as well as his particular perspectives on the struggle for justice in South Africa. Mr Daniels will be introduced by Dr Marcellette Williams, Senior Vice-President of the University of Massachusetts.