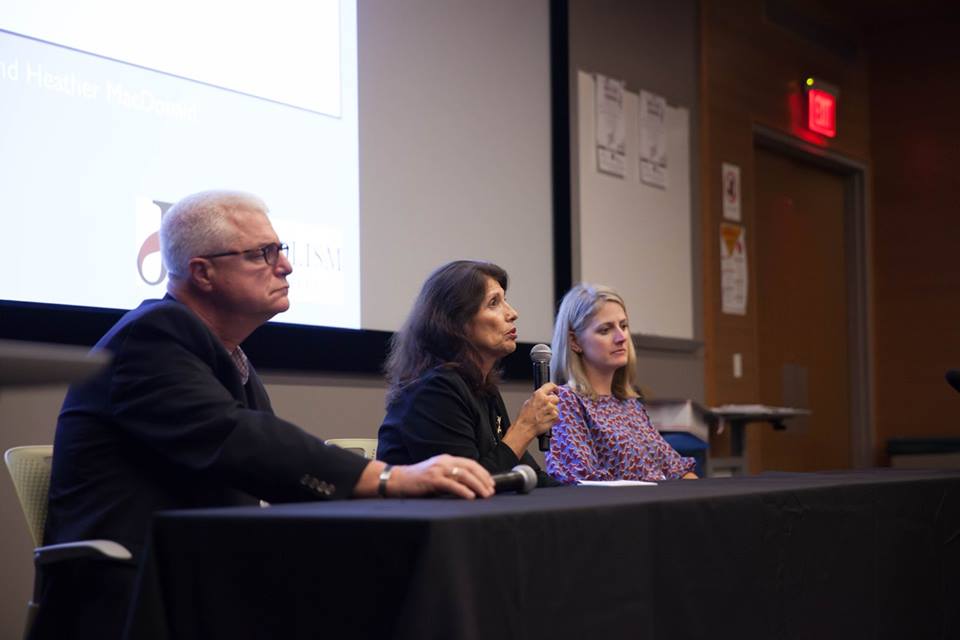 On September 19, the first evening of the Task of Witnessing: A Symposium in Honor of James W. Foley, Jim's parents Diane and John attended the film's screening and answered students' questions about Jim and journalism in conflict areas around the world. Diane and John Foley were joined by Heather MacDonald, who helped produce the film and was Jim's friend as well. A video clip of the event, produced by the University of Massachusetts's Office of News and Relations, can be found here.