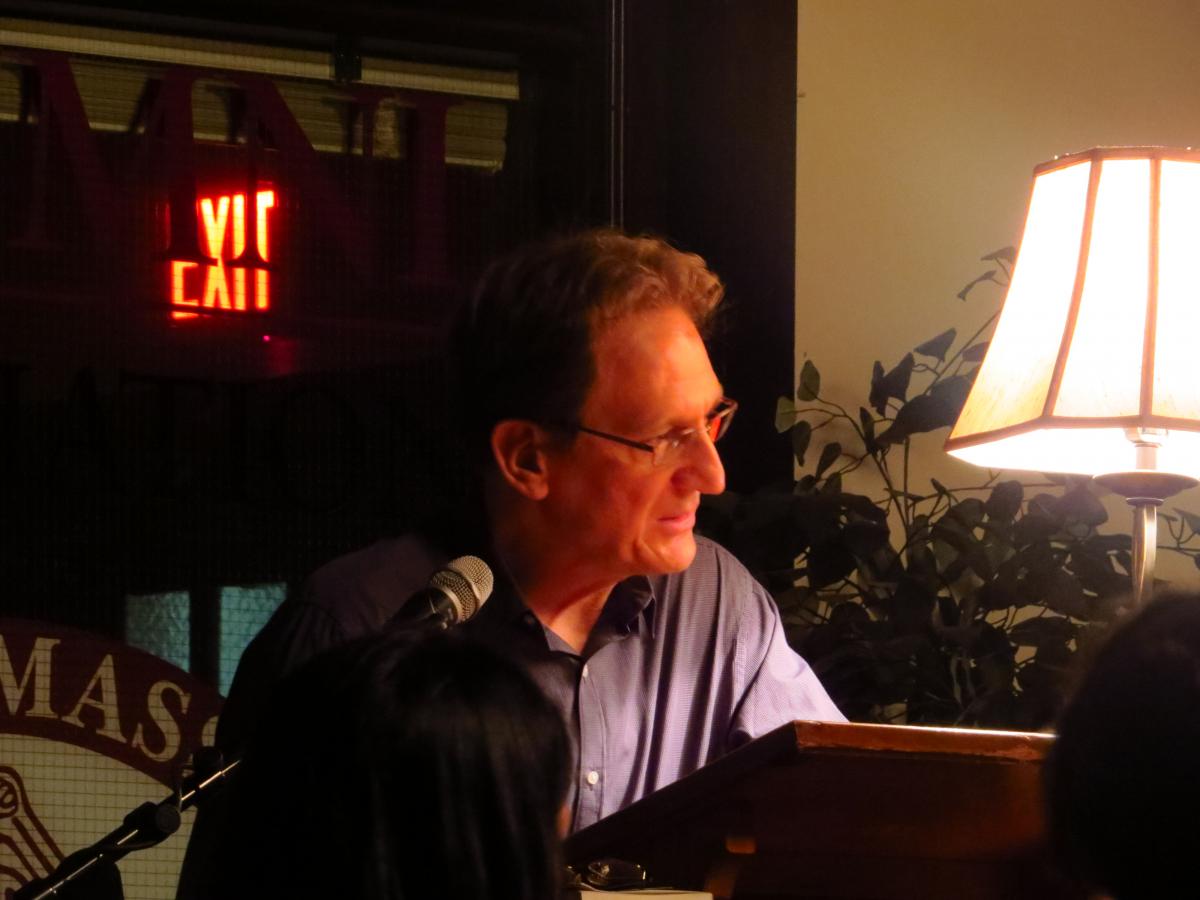 In collaboration with the MFA Visiting Writers Series, the Interdisciplinary Studies Institute hosted a reading by the South African writer Ivan Vladislavić, winner of the 2015 Windham Campbell Prize for fiction.

Vladislavić is a superb and original voice, whose first novel, The Folly, is being republished in the US this year by Archipelago Books. His other works include The Restless Supermarket, The Exploded View, Double Negative, 101 Detectives, The Loss Library, and Flashback Hotel. In 2006, he published the acclaimed Portrait with Keys: The City of Johannesburg Unlocked. Vladislavić's other awards include the Sunday Times Fiction Prize, the Alan Paton Award, and the University of Johannesburg Prize.

A reception in Goodell Hall followed the reading in Memorial Hall, which was was well-attended and including an opportunity for attendees to ask Vladislavić questions.