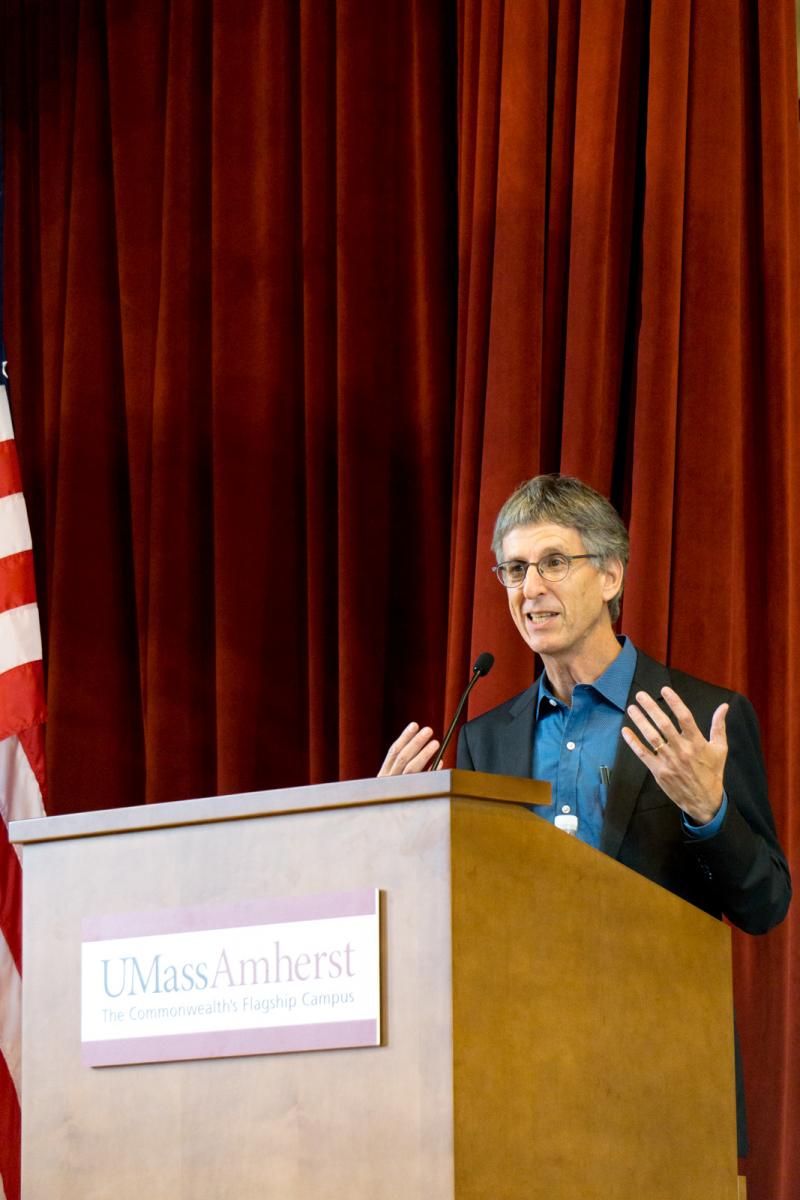 On September 13, the ISI celebrated its seventeenth year of existence, originally as the Interdisciplinary Seminar in Humanities and Fine Arts, and since 2012 as the ISI. This was also a fitting occasion to pay tribute to our founding director, Stephen Clingman. The tribute consisted of remarks from Julie Hayes, Dean of the College of Humanities and Fine Arts, from former ISHA/ISI fellows Milliann Kang and Jenny Adams, from past residents, including Daniel Kanstroom of Boston College, ISI's most recent resident, and finally, words of appreciation and a reading by Caryl Phillips, the Institute's first resident. The ISI wants to thank Stephen for his tireless efforts in creating the Institute, developing it into what it has become today, and championing interdisciplinarity in and outside of the academy.