On February 28th, the Interdisciplinary Studies Institute (ISI) was pleased to host a stimulating lecture with Professor Martha Biondi, Associate Professor of African American Studies and History at Northwestern University. Professor Biondi holds the position of Graduate Director in one of the first African American departments to grant a Ph.D. in the discipline, where her research examines the intersection of 20th Century African American History with social movements, politics, labor, gender, cities, and international affairs. Her critically acclaimed To Stand and Fight: the Struggle for Civil Rights in Postwar New York City received two prestigious awards: the Meyers Outstanding Book Award (2004) and the Thomas J. Wilson Prize (2003). Recent publications include articles in several journals and edited collections and, in 2012, The Black Revolution on Campus, from which her talk was drawn.

The incorporation of Black Studies in American higher education was a major goal of the black student movement, but the promise to implement it was typically followed by another period of struggle. Whether it was due to hostility, clashing visions, budget cuts, indifference, or other challenges, the effort to institutionalize Black Studies was long and difficult. To the extent that there was a “black revolution on campus,” it was followed, in many instances, by a “counterrevolution,” a determined effort to contain or trim the sails of the more ambitious desires of students and intellectuals. Biondi’s talk examined the tensions and conflicts surrounding the meaning and mission of Black Studies, a movement controversial among many both inside and outside academe for its intellectual ideas, shaped as they were by the swirling ideological currents of Black Nationalism. 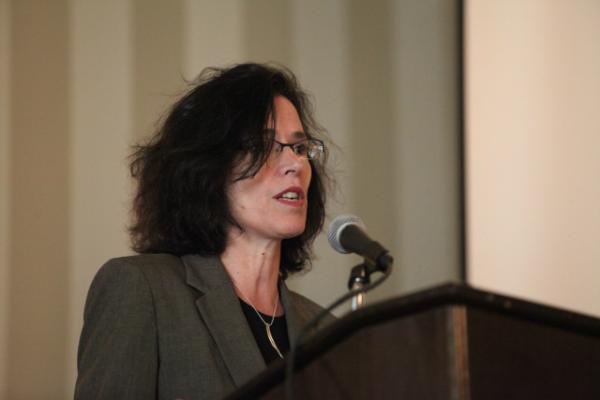