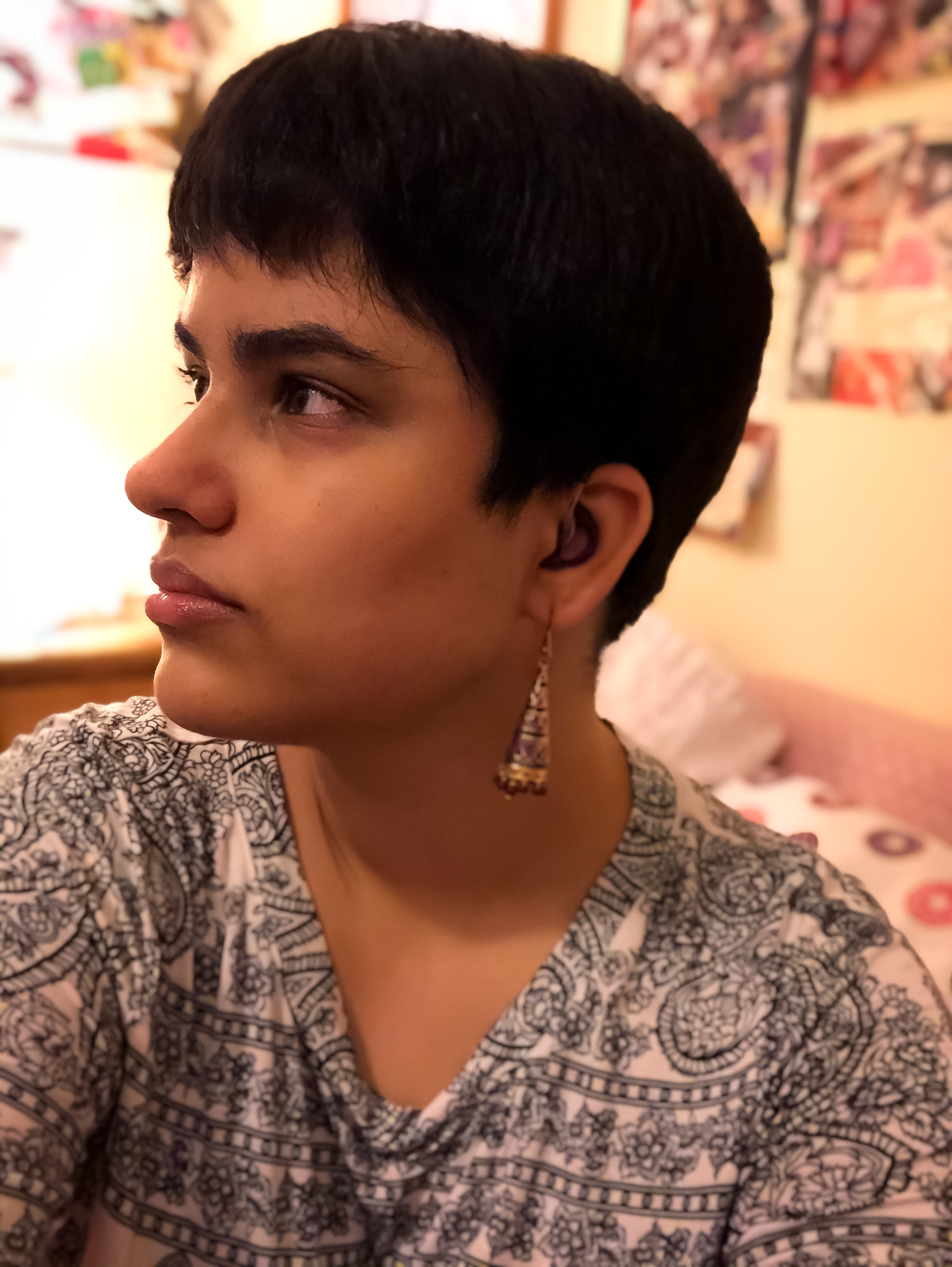 Shana Bulhan is studying Poetry in the MFA Program at the University of Massachusetts, Amherst, where they are also pursuing a Graduate Certificate in Feminist Studies. Previously, they studied Critical Social Thought at Mount Holyoke College. They grew up mostly in India, but they have been living in Western Massachusetts for more than a decade now. Their work has previously appeared in smoke + mold, the Asian-American Literary Review, Reservoir Lit, The Felt, Datableed, and other publications. For more information, please visit their website, www.cruxate.com 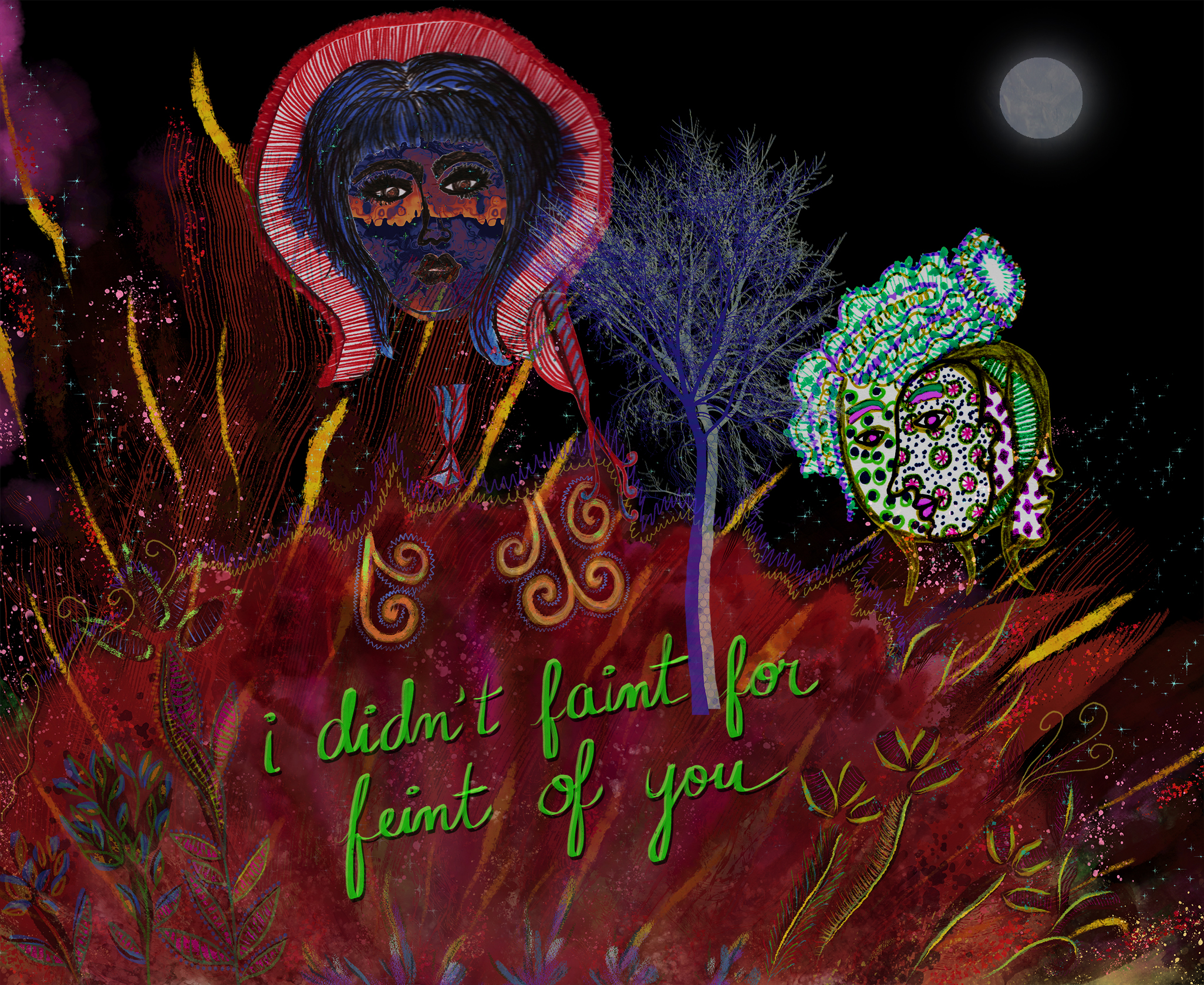 Judge's Note: There's a wisdom in these poems; a love of the intense, a reverence, but also pity for the lover--ex or not-- I feel a lot of loss and reconciliation here; the speaker knows what to do, but cannot accept it fully; a skilled hand in tone and tempo. A commitment to sound, as well as sensibility.

Honorable Mention: David Greenspan
Judge's Note: An elegant grasp on the disjointedness of language--exploring the self in the poem, but not saturating with control of the story; these poems have a very astute ear. Surprising movements. "How do you live now? // All abstraction soft." I think this line is a good example of what's working so well here.

Judge's Note: These poems reiterate and instate a kind of mythology that insists upon both inheritance and its reinventions. The voice feels close, longing to speak, while at the same time hermetic, speaking toward a cloudy direction that fogs beyond "I," "you," "reader," "voice." A gentle fog, one I want to walk in.

Honorable Mention: Sarah Ali
Judge's Note: Family opens these poems, and echoes through them as both material and ghost. The voice investigates purpose, investigating the images at hand and what to do with them, how to tell what it means to be possessed by them. Religion and embodiment weave in language and defeat the binary between them. 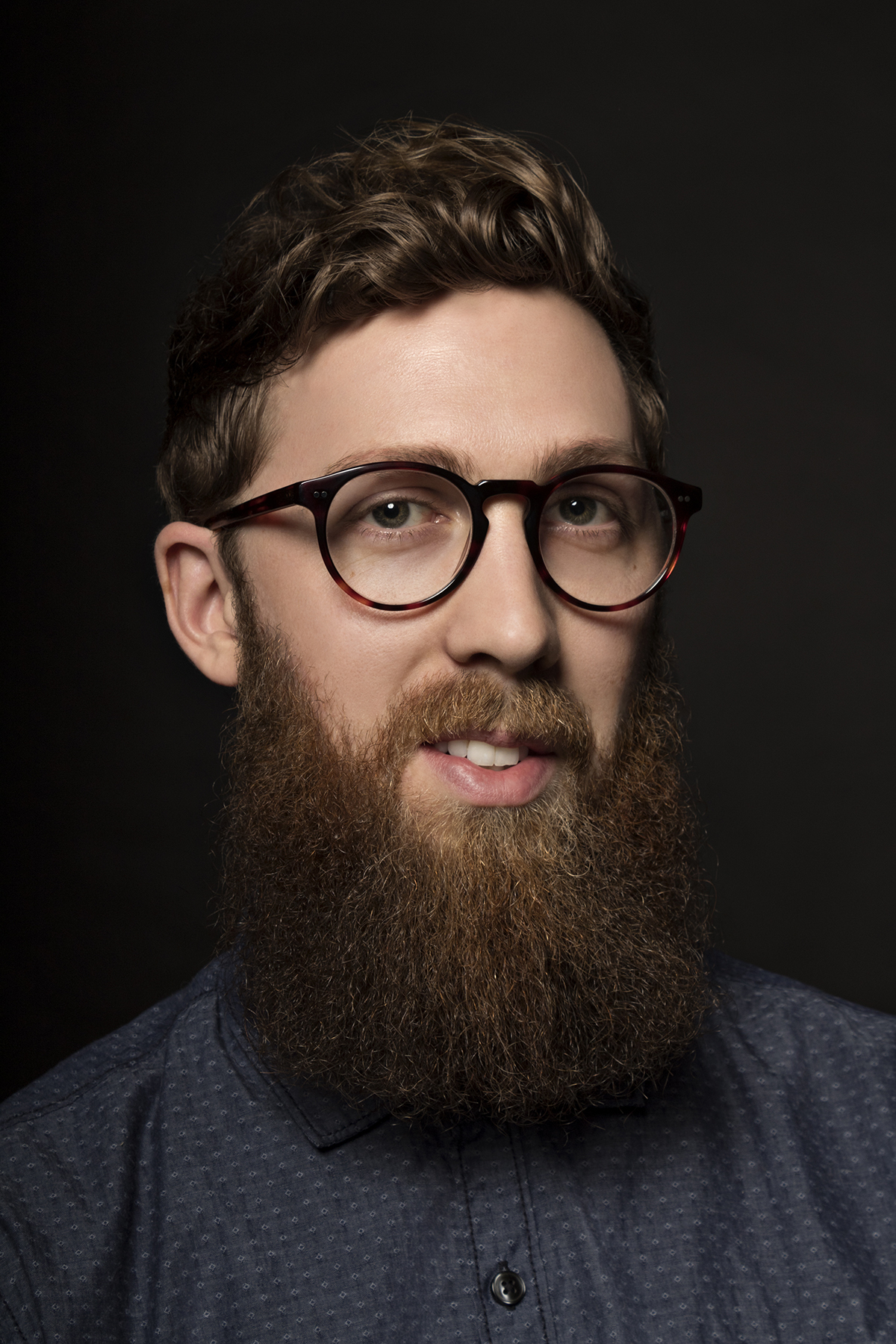 Jay Ritchie is the author of Cheer Up, Jay Ritchie (Coach House Books, 2017). His work has appeared in Powder Keg, The Puritan, Spork, glitterMOB, and has been performed on CBC Radio, at the Newmarket National 10-minute Play Festival, and at the Phi Centre in Montreal.

Judge's Note: In its three short first lines, Sonnet IX from “Sonnets from Decivilization” captures vividly the basic crisis of intensest consciousness, at least as I experience it: “The world pours in / I don’t want to live     I want to live / In a state of constant ecstasy.” Each successive line in this impeccably executed poetic feat adds a new layer of significance, revealing the enormity of psychic life as if it were as easy as peeling an orange. This is one of poetry’s most sacred roles, and the author seems born to perform it, finding insight in confusion, beauty through pain, and in the great loud world outside one’s head, not waves of chaos, but “Music.”

Honorable Mention: Colin Drohan
Judge's Note: “Once I Was an Animal” considers the losses of being socialized a human among other humans, and does so with both a clarity that doesn’t exclude wonder and a tenderness that never dulls the poem’s focus or intelligence. What makes the work even more remarkable, and unexpectedly aligned with Wordsworth, is the perfectly engineered turn in the seventh inning suggesting that glimmers of previous rapture and awe can be recaptured in moments of sublimity: “In the southern sky a fire / I stared directly into it / Not worried about what it would do / to my animal eyes….” I love this poem.

The Karen Skolfield and Dennis Goeckel Award in Poetry 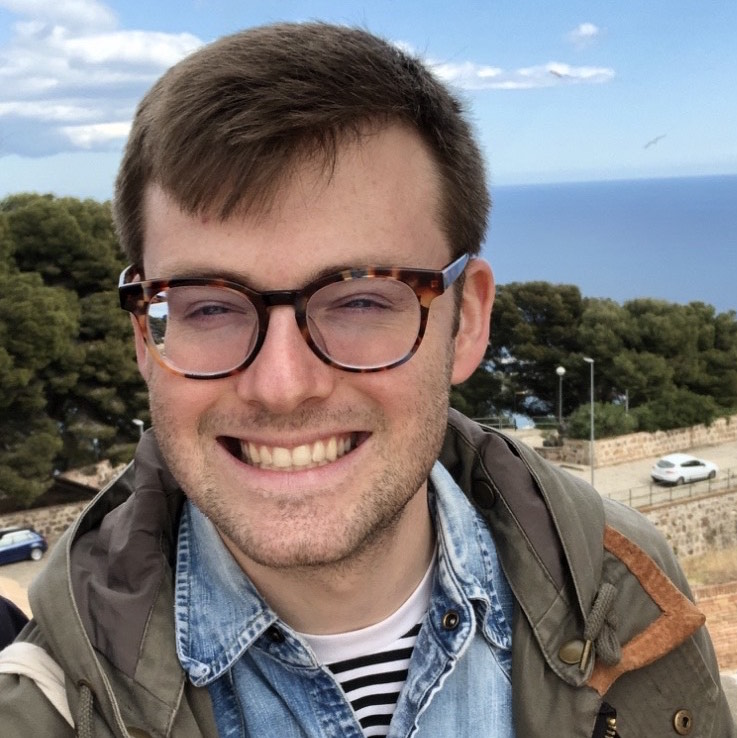 Colin Drohan is from Chicago. He is the writing programs manager at Catapult and is in the MFA program at the University of Massachusetts Amherst, where he teaches in the Writing Program and is a co-host of the jubilat/Jones Reading Series.

Judge's Note: “Solastalgia” opens with an intimate observation of awe that unfurls into a finely tuned lyric meditation on ecological grief. The final lines “Something massive/happened here” names the eloquent experience of silence the poem leaves in its wake.

Honorable Mention: Rebecca Valley
Judge's Note: The permutating intelligence of ‘Freight’ performs how individual histories become collective realities, and how we wear all our overlapping worlds.

More from Eric Baus: I read both aloud several times and felt more and more sure they were the right ones each time I said them. I loved how both the winner and the honorable mention work with various scales of experience and perception in the space of a single page. I really appreciated how “Solastalgia” begins with precision and humility and ends so big, but in a way that felt natural and direct rather than grandiose.

Judge's Note: “Offerings in Originarity” is deeply thought, a poem that lingers at intersections between birth, before-birth, music, arrival, and a darkness that is permeable but total.

Honorable Mention: Molly Gray
Judge's Note: “As Natural as Mother Teresa.” This prose poem is both ironic and melancholy, and never makes itself clear.  Nonetheless, the care and references to mother, money and luck give the poem a grounding in hardship. 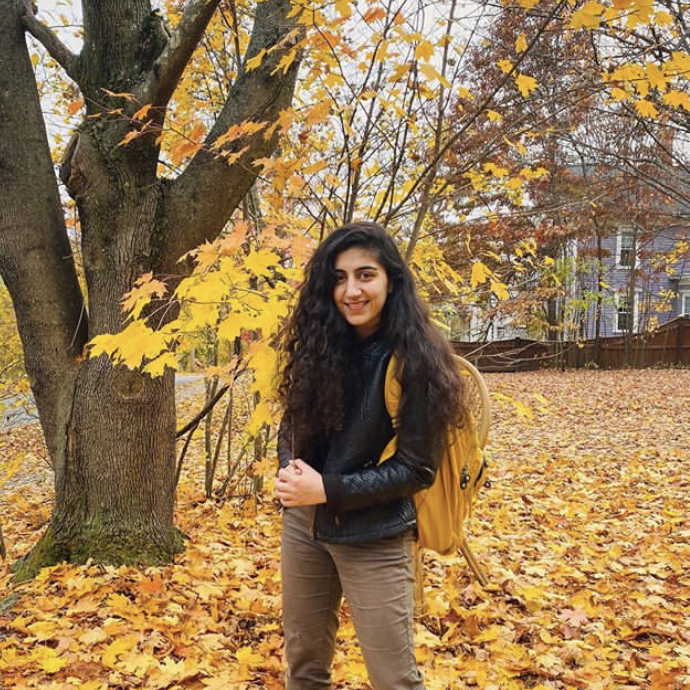 Rabia Saeed hails from Kohat, Pakistan. She is pursuing her MFA in Fiction at UMass Amherst and teaches Creative Writing.

Judge's Note: The propulsive voice of this story kept me wavering between sympathy for and impatience with this vulnerable, tenacious, competitive, flawed narrator. The prose moves rapidly and convincingly, imagining multiple layers of tension shooting off in many directions, between languages, class, generation, gender, geography. The author keeps all these elements expertly in the air while also showing care and attention to the natural world, and linking this to the facts of the body, its opportunities and obstacles.

Honorable Mention: Alex Terrell, “Prologue”
Judge's Note: This prologue of what I took to be a novel-in-progress lulled me with its lyrical prose, and then jolted me with lines that kept coming back to me throughout my day, like "what will you say now that I've died from loving you" or "older than my little sister and still she is older than me". There are plenty of other examples of these asynchronous lines providing punctuation, oddness, or mystery at just the right moments. Language and story at the same time, rather than one at the expense of the other. The dialogue here is condensed and powerful, the story works by image, and I don't know that I'll forget those women like a "militia", who "move in step with each other like minnows going downstream." 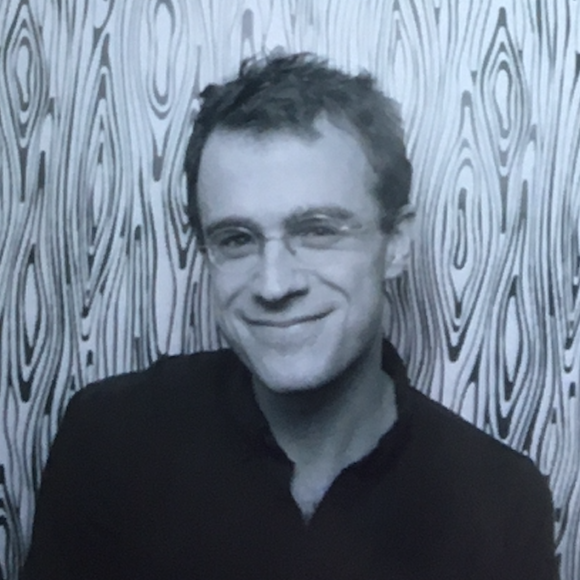 David Richardson writes fiction and essays. He co-directs dispersed holdings, a library and publishing practice sited for two years in the former Bowery apartment of the artist Eva Hesse. He is the editor of Reading Room (dispersed holdings, 2020), a collection of essays and visual projects about practices of reading, and of Speed of Resin (Cooperative Editions, 2019), an exhibition catalog and homage to Hesse. He serves as an assistant editor at jubilat and is a member of the research consortium ESTAR(SER). His books are kept in Northampton, MA.

Judge's Note: These self-portraits are written with impressive control, beauty, and power. Reading this work feels like getting tossed from a great height, falling, then floating into calm water.

Judge's Note: "Rhizome" is a story that reads like a poem, a lyric essay, and novel. The intricate braiding gives the reader a sense of unfolding instead of tightening, of waking from a dream into another dream.

Honorable Mention: Alexandra Manglis, "Losing Count"
Judge's Note: Apocalyptic stories are the last thing I want to read during a pandemic, but there is a calm and steadiness to this narrative, from the voice, the collective characters, and even the barren world. "Losing Count" is full of quiet imagination, a fresh take on a classic story. 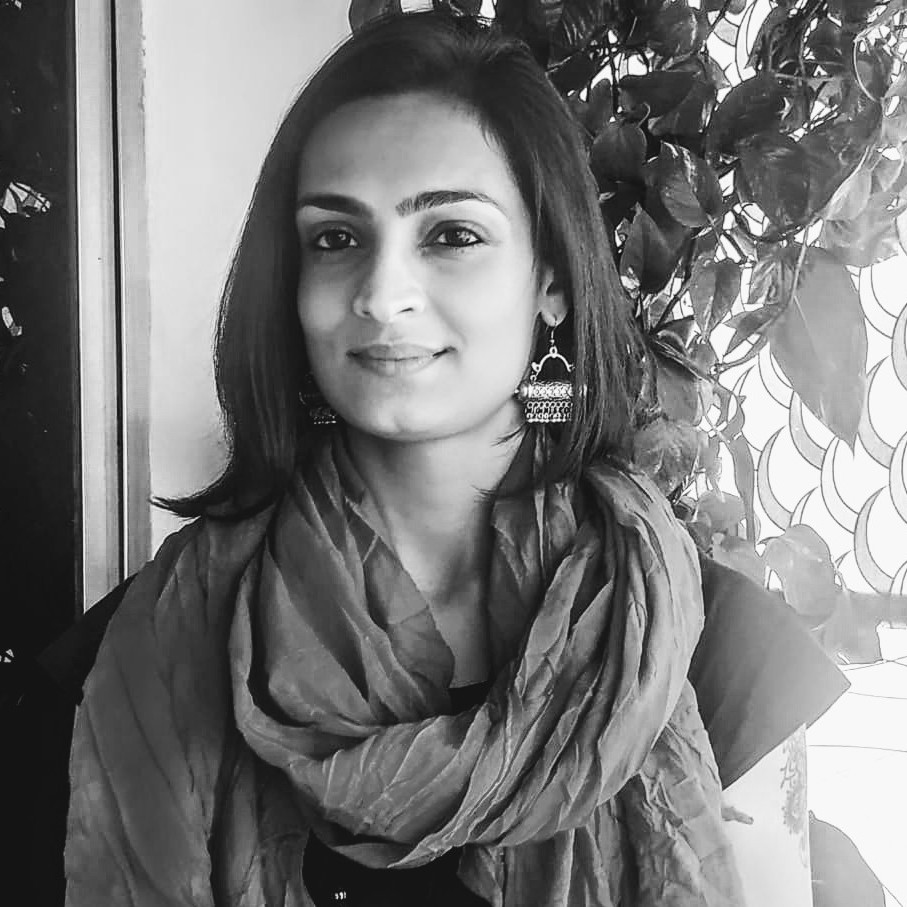 Kritika Pandey is a Pushcart-nominated writer from Jharkhand, India. She is a recipient of a 2020 grant from the Elizabeth George Foundation. Her works have thrice been shortlisted for the Commonwealth Short Story Prize and have appeared in The Common, The Bombay Literary Magazine, Raleigh Review, UCity Review, The Bombay Review, and eFiction India. She is the winner of the 2018 Harvey Swados Fiction Prize, the 2018 Cara Parravani Memorial Award in Fiction, and a 2014 Charles Wallace India Trust Scholarship for Creative Writing at the University of Edinburgh. She is a 2014 Young India Fellow and an Electronics Engineer.

Judge's Note: Such a wonderfully detailed story. I was really taken in by the central character and by the writing all the way through.

Honorable Mention: Rabia Saeed
Judge's Note: "Wayfarers" was so engaging and well written. The writer generated so much momentum by setting us up at the beginning of a journey and describing all that happened along the way.