A Retirement Tribute to Jenny Spencer 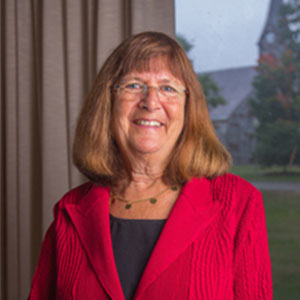 Some years ago Jenny Spencer and I figured we overlapped by some years at the University of Iowa—she in her first years as a graduate student, me in my last years as an undergrad. She said she recalled some of the many stories I wrote for the student newspaper, The Daily Iowan. Radical students were my beat, and my Trotskyist editor wanted to foreground their existence. Finally this reminiscence might mean nothing, or might be out of place in a tribute to Jenny, but for me it resonates with my sense of her, because her Iowa dissertation and then her later scholarship always focused on left-wing politics in contemporary theater, and, also, because she has this midwestern background. I’m going to use those reference points to characterize her—as always politically committed, on the side I would endorse, and also as nice, kind, and thoughtful, in a stereotypically Midwestern way.

I think everyone who does know her knows her in these ways. Especially prominent, Jenny was the president of the Massachusetts Society of Professors, stepping into the shoes of activist friends of ours—retired department members Jules Chametzky and Arlyn Diamond, among others—and sustaining a tradition of English Department leadership in fighting for the rights and dignity of our colleagues. We all know the battles she has fought, from those days as union president to the past years as chair of the department. In leaving the bargaining unit, she did not change sides. Enumerating all of us who are in her debt would take more space than this newsletter allows.

At the same time, one couldn’t find a less pretentious person, easy to be with, easy to talk to. Easygoing, period. Never one to tout accomplishments. Always able to get along with everyone—amazingly, I’ve thought, even with the frat-boy-partiers who live next door to her on Fearing Street. She was herself always ready to meet for a drink, gluten-free—and to be there first, waiting with drink in hand. And she and Edwin liked a good time, whether it was the tamer collective April birthday parties, or the 60th birthday blues bash she and Edwin threw with the beloved David Lenson and his Reprobates providing the tunes, or the retirement party she threw for Edwin at the VFW hall. Blues, folksy, folk. In Iowa City Jenny came to know the folksinger Greg Brown, and she certainly knows his catalog better than I do. The only album I really do know is Dream Café, from 1992, but he supplies a couple of apt stanzas to end with. First, from his song “Spring Wind”:

My friends are gettin older,

so I guess I must be too.

Without their loving kindness,

Oh the wine bottle's half empty--

the money's all spent.

And we're a cross between our parents

and hippies in a tent.

The line about the money all spent has a harshly realistic ring to it, as I’ve assumed Jenny’s job as chair and have been puzzling over the budget. So to end I feel like turning from that reality back to the “Dream Café” and to these lines, for Jenny:

do you really have to go?

and do it real, real slow?

I don't care what you say.

I don't care who you meet,

Jenny has ably, festively, smoothly led our department through some very difficult times. And she leaves us with various riches, from the six new colleagues hired during her three years as chair, to the Edinburgh Fringe Theatre Festival summer abroad course that she invented and sustains, to a reverence for outlandish performances that jolt perceptions and bring us as spectators to the brink of possibility, or potentiality. We’ve liked living with her, and we really don’t want to see her go.