I’m honored to express our collective gratitude and admiration for Deborah Carlin and the countless ways in which she advanced our department’s mission. The most visible part of that mission is teaching, and here Deborah’s record is simply extraordinary. She’s the only person I know who won two campus-wide distinguished teaching awards, as a faculty member here and before that as a TA at a somewhat different institution at the other end of the Mass Pike. At every level, her students consistently offered the highest praise for her passion for literary and cultural study, for her detailed and constructive responses to their work, and perhaps most important, for the ways in which she challenged them. No pushover, Deborah always demanded a lot from her students, but gave them that much more in return. Anyone who ever observed her teaching knows what it is like to see a virtuoso in action—and a model to which we can all aspire. 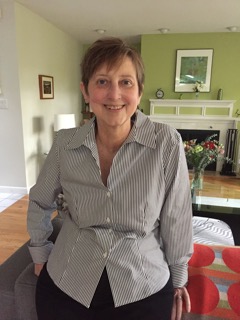 Deborah also contributed significantly to the scholarly discourse in several fields, including American literature, queer theory, and pedagogy, with a monograph on Willa Cather, an edition of fiction by Sarah Orne Jewett, and a comprehensive anthology entitled Queer Cultures. She also co-directed the production of a literary map of Massachusetts for the Massachusetts Center for the Book, a project that involved several graduate interns from our department. One of her essays discussed the General Education course that she converted into lecture format with the support of a $20,000 Davis Foundation Gant. Another described the internship program that she designed and implemented during her extremely productive and forward-looking tenure as Director of Graduate Studies. Long before anyone used the term “Alt-Ac,” Deborah won a Woodrow Wilson Innovation Award for this program, which gave PhD and MFA students work experience outside the academy. In 2001, Deborah became chair of the department’s Planning Committee, and over the course of four years she coordinated wide-ranging conversations about our future and wrote a compelling document that served as a blueprint for the hiring that has renewed the department—with 28 of the current 42 tenure-track faculty members having been hired since 2001.

For four years, I was fortunate to have Deborah just two doors away in the Associate Chair’s office, and I regularly relied on her wisdom, empathy, good humor, and sustaining friendship. I knew I could count on her for two indispensable qualities.  The first was absolute candor, which sometimes meant that she told me what I didn’t want to hear but truly needed to hear. The second was unwavering support, not just for me, but far more important, for the ways in which we were trying to move the department forward.

In 2008, Deborah co-authored a children’s book entitled What’s Love? One of the answers to the question reads: “Love lets us share. Love helps us trust.” Deborah’s love for learning, teaching, and this department led her to share her remarkable gifts with us for nearly thirty years, and earned her our trust, our respect, and our love.