We are delighted to announce that three new faculty members will be joining the Department of English in the fall 2017 semester. 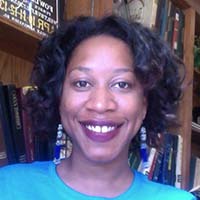 In the fall semester she will be teaching English 371: African American Literature, which she describes as a course in which “we will become familiar with genres and rhetorics that 19th-century Black writers employ to articulate perspectives on the African American and Diaspora experience. We will explore notions of identity, public consciousness, and national belonging, asking: what is the interplay between the imagination and self-determinism? How do sites of publication influence ideas about race, gender, class and community? Readings will draw from works by Mary Prince, Frederick Douglass, Frank Webb, and Harriet Wilson. As a way to consider visual rhetorics, students will sometimes pair readings with contemporaneous newspaper literature and will regularly consider the historical moment out of which readings emerge. In addition to active class participation, assignments will include a short response, a midterm exam, a final research paper, and a digital writing entry.” 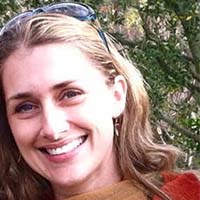 Marjorie Rubright is a specialist in Shakespeare and English Renaissance literature and culture. She teaches courses on Shakespeare, dramatic comedy, and cultural identity in early modern England and feminist and ethnic-studies approaches to Renaissance literature. She is currently working on a book project titled A World of Words: Language, Globalization, and the English Renaissance, which traces Renaissance connections between ideas of linguistic evolution and ideas about the evolution of the earth, as posited by the emerging science of geology. What she calls “Renaissance geo-linguistics” argues that linkages between geology and etymology were forwarded to explain the racial and ethnic origins of Europeans.

In the fall semester, in addition to teaching a section of our survey, Early British Literature and Culture, she will be teaching English 391SG: Shakespeare’s Global Afterlives, which will combine the study of Shakespeare’s plays with re-creations of them in contemporary culture, from novels to The Simpsons. She writes, “What makes Shakespeare such a global phenomenon? Throughout this course, we will read four Shakespeare plays paired with instances of their afterlives in performance (film, television, theater) and print (novels, plays, poetry, essays, comics). Along the way, we’ll consider how Shakespeare’s plays imagined global cultural exchange in the Renaissance context and, in turn, how they have been revitalized through adaptation and cultural translation to raise new questions about what it means to think globally today. A sample of our readings include: The Tempest with Margaret Atwood’s recent novel The Hag-Seed, Aime Cesaire’s play A Tempest, and Robert Browning’s poem ‘Caliban upon Setebos’; Othello with the film O and Toni Morrison’s play Desdemona; Hamlet with the mythical performance aboard the Red Dragon ship in 1607, Suleyman Al-Bassam’s The Al-Hamlet Summit, Tom Stoppard’s Rosencrantz and Guildenstern are Dead, and The Simpson’s Hamlet. Assignments will encourage creativity and experimentation, as well as short close readings. You may be invited to: draft a single scene of your own screenplay; write a witty or cantankerous review of a film adaptation; explore what is lost in translation when we edit Renaissance texts for contemporary readers; to mock-interview a character from a play in an effort to discover their untold backstory; visually map the real and imagined geographies of a play.” 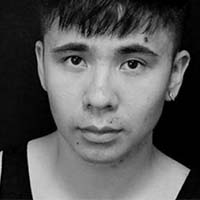 Ocean Vuong, poet and essayist and new faculty member in our MFA Program, is the author of the best-selling, Night Sky with Exit Wounds, winner of the Whiting Award, finalist for the Kate Tufts Discovery Award and a New York Times Top 10 Book of 2016. A Ruth Lilly fellow from the Poetry Foundation, his honors include fellowships from the Lannan Foundation, the Civitella Ranieri Foundation, The Elizabeth George Foundation, The Academy of American Poets, and the Pushcart Prize. MFA Program Director, poet Peter Gizzi says, “We enthusiastically welcome Ocean Vuong to our community. He brings intelligence, energy and a deep love of poetry. We couldn’t be more thrilled that he’s joining our program.”

Vuong's writings have been featured in The Atlantic, The Nation, New Republic, The New Yorker, The New York Times, The Village Voice, and American Poetry Review, which awarded him the Stanley Kunitz Prize for Younger Poets. Selected by Foreign Policy magazine as a 2016 100 Leading Global Thinker, alongside Hillary Clinton, Ban Ki-Moon and Warsan Shire, Ocean was also named by BuzzFeed Books as one of “32 Essential Asian American Writers” and has been profiled on NPR’s “All Things Considered,” the PBS NewsHour, and in Teen Vogue, VICE, The Fantastic Man and The New Yorker. In the fall Professor Vuong will be teaching one of the MFA poetry workshops, English 780--Imaginative Writing: Poetry.