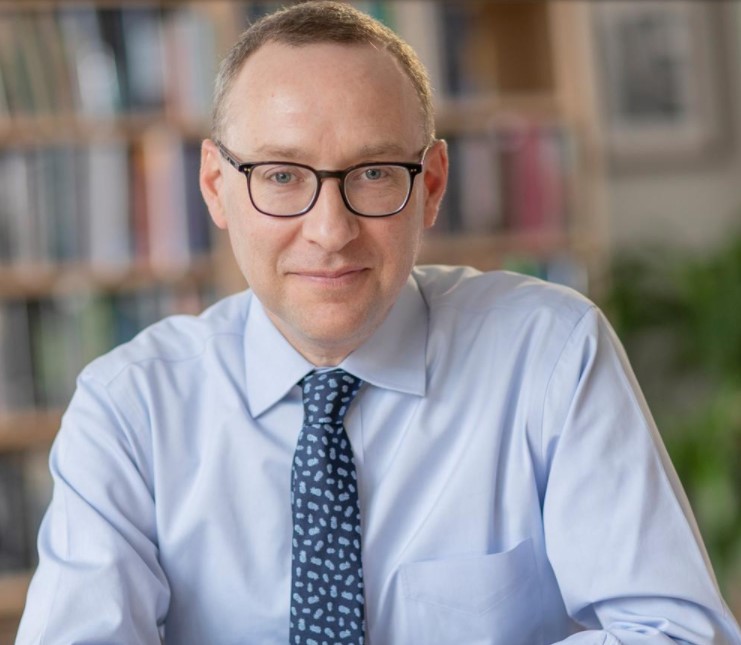 A member of Phi Beta Kappa (1990), Dr. Hallock received a B.A. degree in economics, summa cum laude, from the University of Massachusetts at Amherst (1991) and an M.A. (1993) and Ph.D. (1995) from Princeton University, both in economics. He began his career as an Assistant Professor at the University of Illinois at Urbana-Champaign and joined the Cornell faculty in 2005. He has won multiple awards for teaching excellence and has been an invaluable mentor to hundreds of undergraduate students throughout his career, many of whom have been engaged with his research. He has also served as advisor or dissertation committee chair for 50 Ph.D. students, many of whom are now themselves distinguished and accomplished scholars at prestigious institutions, government agencies, and NGOs.
Prior to his appointments as Dean of the SC Johnson College in 2018 and as Dean of ILR (2015–18), he served as Donald C. Opatrny ’74 Chair of the Department of Economics in the College of Arts and Sciences and the ILR School (2012–15) and as Chair of the Department of Labor Economics in ILR (2010–12). He currently is also an affiliated faculty member at the Cornell Center for the Study of Inequality, a Fellow of the Cornell Atkinson Center for Sustainability, a Fellow of the Stanford University Center for the Study of Poverty and Inequality, and a Research Associate at the National Bureau of Economic Research. His intellectual curiosity for and active engagement with a diversity of fields are evident throughout his career.
Dr. Hallock’s research focuses on topics including the gender pay gap, compensation design, compensation in nonprofits, executive compensation, layoffs, labor market discrimination, and disability in labor markets. He is the author or editor of 11 books and more than 100 publications. His book Pay: Why People Earn What They Earn was published by Cambridge University Press in 2012, and his bookCompensation Design: Practical Insights from the Academic World is under contract with Cornell University Press. He serves or has served on the Editorial Board of the Industrial and Labor Relations Review and as Associate Editor of Labour Economics and the Journal of Labor Economics. His research has garnered significant support from the U.S. Department of Labor, the National Bureau of Economic Research, Intel Corporation, the Alfred P. Sloan Foundation, and the U.S. Department of Education, including a $4 million grant for a study of employer practices and employment outcomes for individuals with disabilities.
Read more