On April 26, 2019 the Department of Classics held a colloquium on Greek and Roman historiography in honor of Elizabeth Keitel on the occasion of her retirement. There were four papers by eminent scholars (pictured above with Elizabeth, l-r), John Marincola of Florida State, Chris Kraus of Yale, Jane Chaplin of Middlebury, and Tim Joseph of Holy Cross, each of whom paid tribute to the impact of Elizabeth’s work in the field. There were moving tributes to Elizabeth from friends, colleagues, and former students, among them these words offered by Virginia Closs on behalf of the Department: “Elizabeth, thank you for all you have done to enrich the work and the lives of all those gathered here today. We look forward to many more productive conversations with you and important work from you in years to come; to discussing difficult scholarly problems; to keeping tabs on the accomplishments of our students; to celebrating successes and of course, to raising the odd glass of prosecco. Mille auguri e complimenti!”

A native of Chicago, and life-long devoted Cubs fan, Elizabeth received a BA in Classics from Smith College, and then earned her Ph. D. at the University of North Carolina at Chapel Hill. She joined the Department of Classics as assistant professor in 1980, rising to the rank of Professor and serving with distinction as Department Chair and Graduat Program Director. 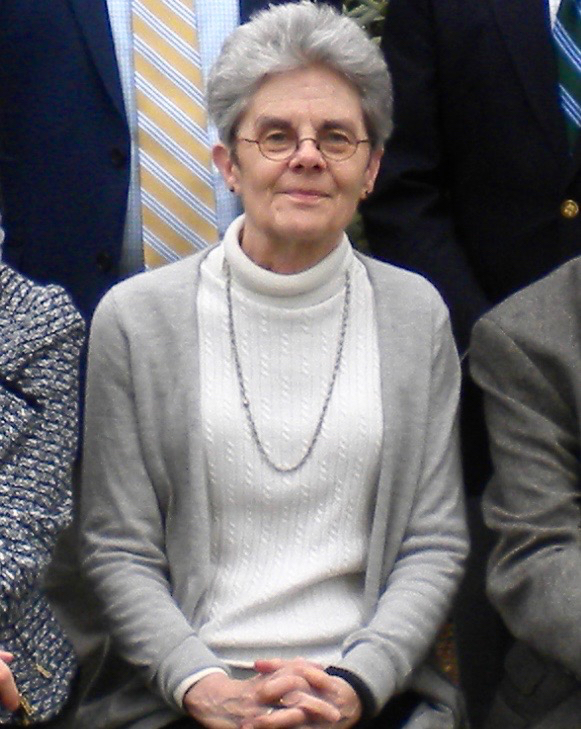 Over the course of her career at UMass Elizabeth authored numerous groundbreaking publications focused on Latin historiography. What really sets Elizabeth’s scholarship apart is not just her philological rigor; it is her vivid imagination and the creative spirit that animates her approach to reading ancient texts.  Three articles published in the The American Journal of Philology from various points in her career show Elizabeth’s impact on Tacitean studies in particular. The article “The role of Parthia and Armenia in Tacitus Annals 11 and 12” (1978) shows that Tacitus’ foreign digressions, often seen as extraneous, are in fact carefully structured and central to his overarching authorial agenda. The highly influential and much-cited article “Principate and Civil War in the Annals of Tacitus” (1984) argues that Tacitus places the literary image of the captured city in significant dialogue with the political conflicts that he narrates in his account of the Julio-Claudian dynasty. Finally, “The Non-Appearance of the Phoenix at Tacitus’ Annals 6.28” (1999) suggests that the well-known filial piety of this (possibly bogus) Phoenix acts as an implicit condemnation of the multiple violations of familial pietas during the reigns of Tiberius and Caligula. Both the exceptionally lucid prose and the nuanced approach to symbolism and imagery in historical writing – an approach that Elizabeth herself has been instrumental in developing – have made these articles touchstones for a wide variety of scholars.

A number of other publications highlight Elizabeth’s particular talent for identifying literary or poetic influences on historical accounts, and not just those of Tacitus. For example, her articles “Homeric Antecedents to the Cohortatio in the Ancient Historians” (The Classical World, 1987) and “The Influence of Thucydides 7.61-71 on Sallust Cat. 20-21” (The Classical Journal, 1987) display her command over Greek poetry and historiography as well as Latin, while the “The Camp and the City in Caesar’s Commentaries” (The Classical Outlook, 2012) extends her insights concerning urbs capta imagery in Latin literature into Caesar’s account of his military campaigns, and finds profitable comparisons between Caesar’s descriptions of besieged camps and those in Vergil’s Aeneid.

In recent years, Elizabeth’s standing in the field has resulted in significant contributions to several handbooks, companions, and edited volumes, such as “Feast Your Eyes on This: Vitellius as a Stock Tyrant” in A Companion to Greek and Roman Historiography (2007), edited by John Marincola; "'Is Dying So Very Terrible?’: the Neronian Annals" in The Cambridge Companion to Tacitus, edited by A.J. Woodman (2010); and “The Art of Losing: Tacitus and the Disaster Narrative,” in Ancient Historiography and Its Contexts: Studies in Honour of A. J. Woodman (2010), edited by Christina Shuttleworth Kraus, along with John Marincola and Christopher Pelling. Together, these publications form a resounding confirmation of what makes Elizabeth’s scholarship such a thrill to read. Elegantly and with supreme confidence, she illuminates subtle patterns of allusion, symbolism, and narrative structure, delineating the connections between and among the various catastrophic failures in leadership that form a leitmotif of Tacitean history.

Elizabeth also takes great delight in exploring shared scholarly interests, and her collaborations with friends and colleagues have resulted in a number of other publications. In addition to the forthcoming volume that she and I are co-editing, entitled Urban Disasters and the Roman Imagination, she has produced an annotated student text of Cicero’s Pro Caelio with her dear friend Jane Crawford. With UMass’ own Brian Breed and Rex Wallace, she co-edited Lucilius and Satire in Second-Century BC Rome. Perhaps most notably, with a circle of devoted friends, Elizabeth completed the unfinished manuscript on Agrippina the Younger left behind by the late Judith Ginsburg. That book was a true labor of love, and it remains one the finest testimonies we have to what this field can be when brilliant scholars devote themselves not only to their subject, but to each other.

In addition to her excellent scholarship, Elizabeth has done legendary work in the classroom, not only as a teacher but also as an observer and evaluator of student teachers in our department’s MAT program, which she also directed for over a decade. The network of students and teachers that she has developed, trained, and inspired over the years reaches far beyond the confines of this campus and this region. Finally, the field as a whole has benefited from the sterling work she has done behind the scenes, putting in long hours grading AP Latin exams, vetting applications on important advisory boards such as that of the Thesaurus Linguae Latinae Fellowship, among her other services to the discipline.