We’ll Get There When We Cross That Bridge

WORKac was founded in 2003 by principals Amale Andraos and Dan Wood. Together, Andraos and Wood lead the 25-person New York based firm.

WORKac creates architecture and strategic planning concepts at the intersection of the urban, the rural and the natural, embracing reinvention and collaborate with other fields to rethink architecture ‘in the world.’ WORKac strives to develop intelligent and shared infrastructures, and a more careful integration between architecture, landscape and ecological systems. Wood and Andraos hold unshakable lightness and polemical optimism as a means to move beyond the projected and towards the possible, an ambition with which they approach every project.

WORKac was named the #1 design firm in the US by Architect Magazine in 2016 and was the 2015 AIA NYS Firm of the Year. WORKac has achieved international acclaim for projects such as the Edible Schoolyard at P.S. 216 in Brooklyn, the Public Library for Kew Gardens Hills, Queens and the Stealth Building in New York. Current projects include a masterplan for 60 new villas on a waterfront site in Lebanon, a new student center for Rhode Island School of Design, a parking garage façade in Miami’s Design District, and a completely off-the-grid house in Arizona.

Amale Andraos is also the Dean of Columbia University’s Graduate School of Architecture, Planning and Preservation. Andraos has previously taught at numerous institutions including Princeton, Harvard, the University of Pennsylvania, and the American University in Beirut.

Dan Wood, FAIA, was most recently the 2016 Frank Gehry distinguished visiting professor at the University of Toronto. Previously he was a visiting professor at the University of Pennsylvania and held the 2013-14 Louis I. Kahn Chair at the Yale School of Architecture as well as having taught at Princeton, Cooper Union, Columbia, Ohio State, and UC Berkeley, where he was the Friedman Distinguished Chair. 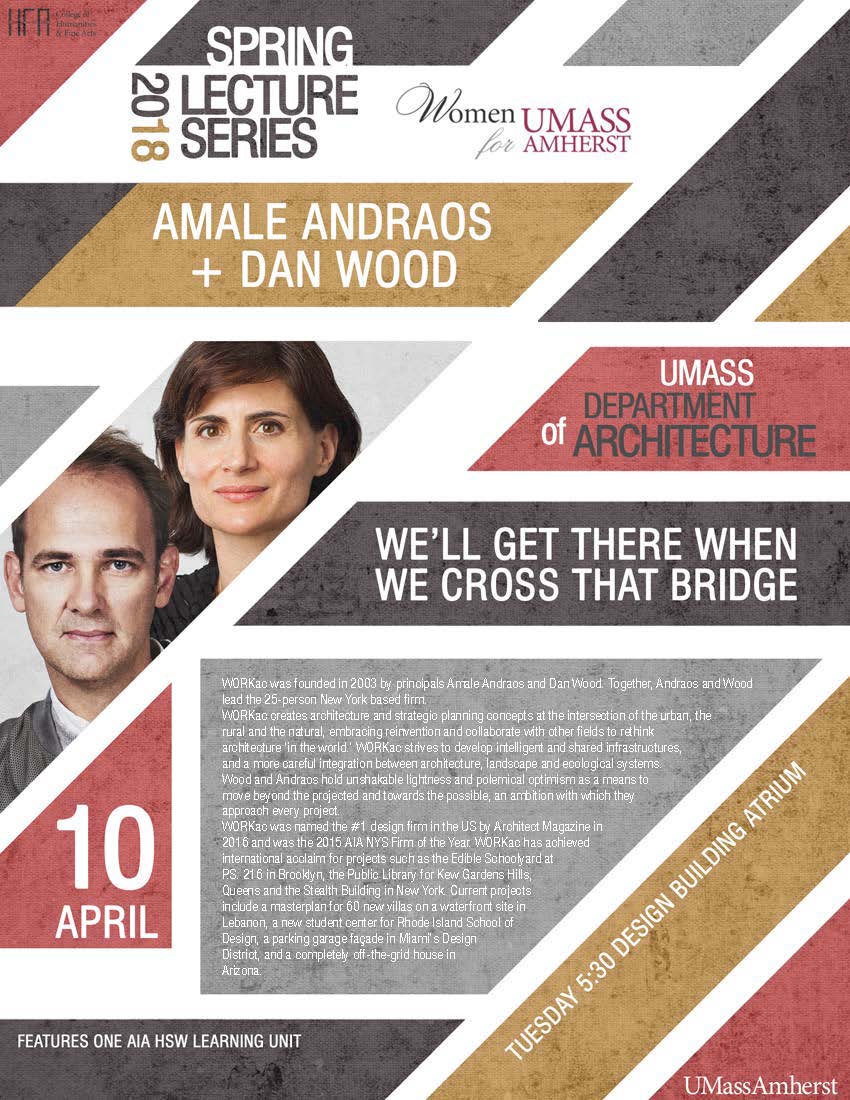