The Arts Extension Institute, a 501(c)(3)nonprofit, is run by former AES Directors, staff, and others who work to bring the news from the field to AES to support our research and awareness of current trends. 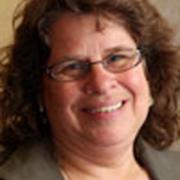 Barbara Schaffer-Bacon is co-Director of Animating Democracy, a program of Americans for the Arts, Institute for Community Development and the Arts, funded by the Ford Foundation. Launched in fall 1999, Animating Democracy’s purpose is to foster artistic activity that encourages civic dialogue on important contemporary issues. Barbara has worked as a consultant since 1990, and prior to that she served as executive director of the Arts Extension Service at the University of Massachusetts where she was on staff for 13 years. Her work with Pam Korza (see below) includes program design and evaluation for state and local arts agencies and private foundations nationally. Projects include strategic plans for the Heinz Endowment’s Arts and Culture programs and the New York State Council on the Arts; a 20-year review of the North Carolina Arts Council’s Grassroots Arts Program; and cultural plans for Northampton, MA, and Rapid City, SD. Barbara has written, edited, and contributed to several publications, including the revised edition of Fundamentals of Local Arts Management and The Cultural Planning Work Kit, published by the Arts Extension Service. She is an arts management educator, serving as a primary instructor for the “Fundamentals and Advanced Management” seminars, guest lecturer for the New York University Graduate Program in Arts Management, and a senior faculty member for the Empire State Partnerships’ Summer Institute in arts education. A graduate of the University of Massachusetts, Barbara has served as a panelist and adviser for many state and national arts agencies. In addition to her work with AEI, she is a board member of the Fund for Women Artists and chair of her local school committee. 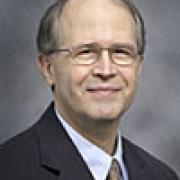 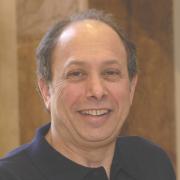 Eric Bachrach has been in the field of community arts education and arts management for 30 years. He has been associated with Arts Extension Service over his entire arts career and specializes in financial management of the nonprofit arts. He is a violinist with a Masters degree in Music. Eric founded the Community Music School in Springfield, MA in 1983, where he is also presently the Executive Director Emeritus. 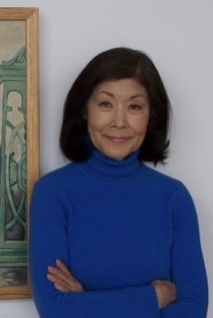 Dorothy Chen Courtin is the founder and President of Marketing & Management Associates for Nonprofits, a 13-year old management consultancy that adapts and applies best practices from the for-profit sector for the benefit of non-profit clients. Dorothy works with foundations, arts commissions and arts councils, cultural, educational, and human services organizations and museums. Assignments she had worked on include organizational expansion and right-sizing, Board governance and leadership transitions, market feasibility studies and strategic planning; marketing and communications research and planning, as well as the implementation of project plans. She writes and speaks frequently on non-profit strategy, management and marketing issues, nationwide. A Barnard College graduate, Dorothy earned her MA and PhD in Oriental Art history from Columbia University and a MBA from Northeastern University.  She serves on the Board of Visitors Studies Association, a national association affiliated with the American Association of Museums, and Arts Extension Service of University of Massachusetts, Amherst.  She is the President of the New York Herald Tribune World Youth Forum Alumni Association and the co-chair of the WGBH Community Advisory Board.  She serves on the President’s Advisory Council of Barnard College, IdeasBoston Advisory Committee, and The Boston Club Board.  Fluent in Mandarin and Cantonese, French and English, Dorothy was born in China, grew up in Malaysia, lived in France and considers Massachusetts her home. 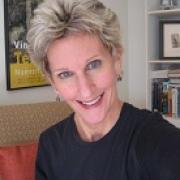 Pam Korza is co-Director of Animating Democracy, a program of Americans for the Arts, Institute for Community Development and the Arts, funded by the Ford Foundation. She is co-writer of Civic Dialogue, Arts & Culture: Findings from Animating Democracy (with Barbara Schaffer Bacon and Andrea Assaf) and co-edited Critical Perspectives: Writings on Art & Civic Dialogue as well as the Art & Civic Engagement case study series. Pam partners with Barbara Schaffer Bacon in organizational assessment, and planning, program design, and evaluation for cultural organizations, state arts agencies, and private foundations. Among their consultancies together, they have assisted the New York State Arts Council and the Heinz Endowments Art & Culture program in developing strategic plans and evaluated the New England Foundation for the Arts Building Community through Culture program. For 17 years, Pam worked with the Arts Extension Service, where she coordinated the National Public Art Policy Project in cooperation with the Visual Arts Program of the National Endowment for the Arts, which culminated in the publication, Going Public: A field guide to developments in art in public places, which she co-wrote and edited. She directed the Boston-based New England Film and Video Festival; coordinated the New England Arts Biennial; co-authored The Arts Festival Work Kit; and was co-editor and contributing writer to Fundamentals of Local Arts Management. As an independent consultant, her consulting and teaching activities have included organizational planning for a children's picture book museum initiated by renowned book artist Eric Carle; assessment of a citywide arts festival and published report commissioned by the Indianapolis Arts Council and the Lilly Endowment; planning with the Maine Arts Commission for expanded artist services; and consultation with individual artists. 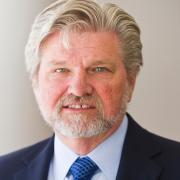 Robert L. Lynch is the president and CEO of Americans for the Arts, the national organization dedicated to advancing the arts and arts education in people's lives, schools, and communities. He was executive director of the National Assembly of Local Arts Agencies for 12 years and managed the successful merger of that organization with the American Council for the Arts to form Americans for the Arts in 1996. In 2005, he oversaw the merger of the Arts and Business Council, Inc. into Americans for the Arts. In 2005, Bob also created the Americans for the Arts Action Fund and its connected political action committee to engage citizens in advocating for the arts and arts education to ensure arts-friendly public policies. With more than 30 years of experience in the arts industry, Bob is motivated by his personal mission to empower communities and leaders to advance arts and arts appreciation in society. Under his 23 years of leadership, the services and membership of Americans for the Arts has grown to over 50 times its original size in 1985. He has personally reached audiences in 49 states and eight countries, ranging from Native American tribal gatherings to the U.S. Armed Forces in Europe and the president of the United States. Bob currently serves on the board of the Craft Emergency Relief Fund, the Arts Extension Institute, and the University of Massachusetts-Amherst College of Humanities and Fine Arts Board. He earned a bachelor’s degree in English from the University of Massachusetts-Amherst. Bob plays the piano, mandolin, and guitar, and lives in Washington, DC.  Robert L. Lynch was the Director of the Arts Extension Service from 1976 to 1985. 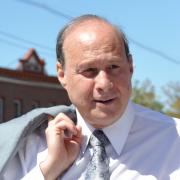 Stan Rosenberg was named President of the Massachusetts Senate, on Jan. 7, 2015, becoming the first senator in the state's history to hold this leadership position. This appointment came after he served seven years in other leadership posts: four as Assistant Majority Leader and three years as the first western Massachusetts legislator to chair the Senate Committee on Ways and Means. Stan is a 1977 graduate of the University of Massachusetts Amherst, where he worked for eight years, first as the founding Director of the Arts Extension Service and then as Director of the Community Development and Human Service Programs in the Division of Continuing Education. 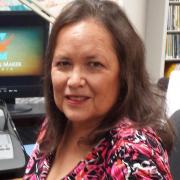 Shirley Sneve, Executive Director at Vision Maker Media, whose mission is to support the creation, promotion, and distribution of Native public media. She directs the television production fund and the AIROS Radio Network. She moved to Nebraska from Amherst, MA, where she was director of Arts Extension Service from 2001-2004. A member of the Rosebud Sioux Tribe in South Dakota, Shirley was a founder of Northern Plains Tribal Arts Juried Show and Market, the Oyate Trail cultural tourism byway, and the Alliance of Tribal Tourism Advocates. She has been the director of the Washington Pavilion of Arts and Science Visual Arts Center in Sioux Falls, assistant director of the South Dakota Arts Council and minority affairs producer for South Dakota Public Broadcasting. Shirley has been adjunct professor in Native American Studies at Augustana College and the University of Sioux Falls, and a community cultural planning consultant. She is a graduate of South Dakota State University in journalism, with minors in music, Native American Studies and German. Graduate work at the Universities of South Dakota and Massachusetts focused on management, community building and the arts. In addition to her work on the board of AEI, Shirley serves on the board of The Association of American Cultures (TAAC).